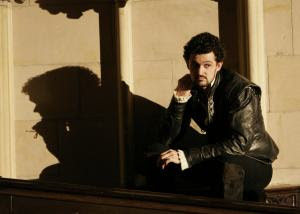 Local theatre company demi-paradise's production of Hamlet at Lancaster Castle this spring was runner up for the 2008 Equity Ensemble Award, part of the long established Peter Brook/Empty Space Awards.

The prize was won by Battersea Arts Centre (BAC) for its multi-media national touring production of ‘1927’.

Demi-paradise was cited for its ‘…enormously forceful energy that cultivates audiences to cultural advantages that would otherwise be denied them. It brings life to Lancaster Castle, a regional landmark.’

“It was an honour to be nominated and a great achievement to finish runners up at the UK’s most prestigious fringe theatre awards," says Stephen. "To have come this far on reputation alone – none of the national newspaper critics sitting on the panel having seen our work – is quite remarkable.

"The National Theatre of Scotland, Edinburgh’s Forest Fringe, Liverpool Everyman Studio and demi-paradise were the only regional or national based bodies nominated in the six award categories; the lists otherwise consisting entirely of leading London venues and companies. I am proud of our rolling ensemble and the six Shakespeare promenade shows we have produced since 2000 at Lancaster Castle.

"I’m also grateful to our loyal sponsors and industry associates for their ongoing encouragement and support. It was a real bonus to make personal contact on the day with the national newspaper critics and I hope we can persuade some of them to make the journey north to review our next classical theatre production in Spring 2010.”

• For for more information on company and productions visit: www.demiparadiseproductions.co.uk
Posted by John Freeman at 13:02