Christmas Classic at The Dukes 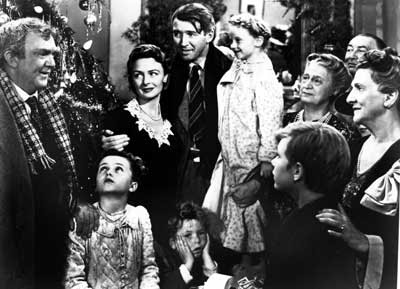 If you’re still trying to find the spirit of Christmas, head down to The Dukes this week and have your heart warmed by the greatest festive film of all time, It’s A Wonderful Life.

Christmas just wouldn’t be Christmas without a screening of this classic film and the Lancaster cinema is offering mince pies and mulled wine to add an extra dose of seasonal cheer.

It’s impossible not to be charmed by this deceptively simple tale of redemption and hope. When George Bailey contemplates suicide one Christmas Eve, it’s up to apprentice angel Clarence to show him what life would have been like had he not lived.

"Although it earned several Oscar nominations, despite our high hopes it won nothing," star James Stewart recalled in 1977. "Best picture for 1946" went to The Best Years of Our Lives. By the end of 1947 the film was quietly put on the shelf.

"But a curious thing happened. The movie simply refused to stay on the shelf. Those who loved it loved it a lot, and they must have told others. They wouldn't let it die any more than the angel Clarence would let George Bailey die. When it began to be shown on televison, a whole new audience fell in love with it.

"Today I've heard the filmed called 'an American cultural phenomenon'. Well, maybe so, but it seems to me there is nothing phenomenal about the movie itself. It's simply about an ordinary man who discovers that living each ordinary day honorably, with faith in God and selfless concern for others, can make for a truly wonderful life."

• Jimmy Stewart Remembers "It's a Wonderful Life"
• More on the Making of the film on this Frank Capra site
• Official website run by Karolyn Grimes, who played 'Zuzu' in the film
Posted by John Freeman at 11:55