Sabbat Run Extended at Dukes after Sell Out Success 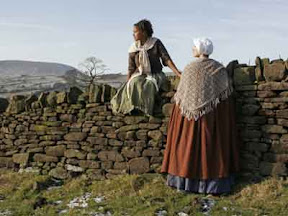 Lancaster's Dukes Theatre has added an extra week of performances to the run of its Lancashire Witch play, Sabbat.

This unprecedented step has been taken due to more people booking tickets for the production than any other in recent memory.

“We’re thrilled to be extending the run of Sabbat," says Dukes Director Joe Sumsion. "This is the first time that The Dukes has done this and our ticketing information shows that locals and people from across the North West are seeing the production.

"The actors and creative team have made an exceptional new play inspired by Lancashire’s heritage and it’s a fantastic start to our 2009 season.”

"Together with much that is sensitively imagined to allow an early 21st century take, Sabbat is a great little play which does not shy away from complexities," wrote virtual-lancaster's Jane Sunderland in her review, while, writing for the national Guardian, Alfred Hickling said actress Amaka Okafor, who plays Jennet Preston who starts al the trouble on Pendle Hill, "gives a fiery account of the feral teen... I don't know if there are diabolical forces at work, but hers is a performance that seems truly possessed."

The extra shows run from Wednesday 25 to Saturday 28 February and include a Saturday matinee. Tickets can be booked from The Dukes Box Office on 01524 598500 or www.dukes-lancaster.org.
Posted by John Freeman at 12:52