Singing out "Over the Sands" 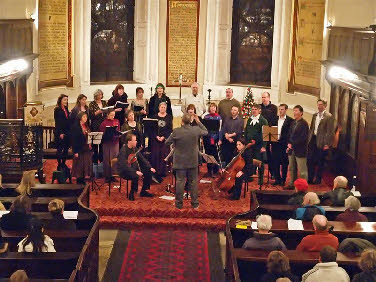 “Over the Sands” is attempting to revive the spirit of the Morecambe Choirs Festival (in spirit, at least), which was a favourite of Edward Elgar and which had its heyday during the first half of the 20th century. The organisation has raised over £2000 for charities since starting at the end of 2006, helping the families of the cockle pickers who died tragically in Morecambe Bay in 2004 in 2007 and Saint John’s Hospice at Lancaster in 2008. This year, profits will be donated to the The Alzheimer’s Society (Lancaster & Morecambe).

The concert will present four choirs of different styles and traditions, the production illustrating the rich diversity of the active choral tradition in the North-West.

• The event starts at 7.30pm at the Central Methodist Church, Morecambe. Tickets £7 per adult, £1 for children under 11 if accompanied by an adult. More info: www.overthesands.org.uk
Posted by John Freeman at 12:56

Email ThisBlogThis!Share to TwitterShare to FacebookShare to Pinterest
Labels: Morecambe Events, Music Events, Over the Sands