Could Bats Save The Brewery? 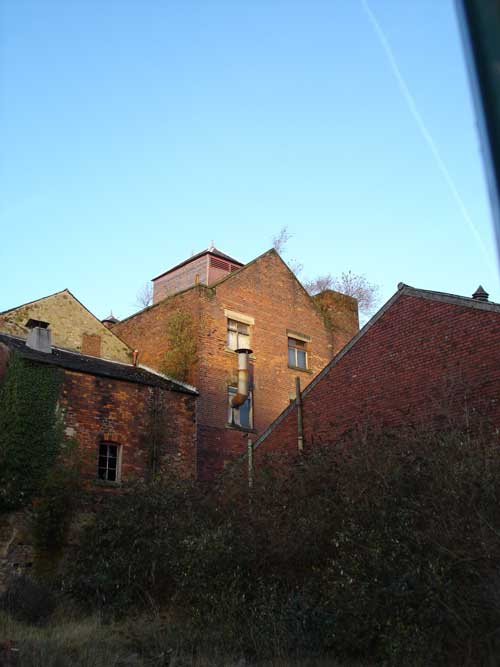 As concerns and protest mount at local company Mitchells intentions to level the old Brewery on Lancaster's Brewery Lane, perhaps in the next two weeks (see news story), it's just possible local bats could fly into rescue the building ahead of the bulldozers.

Empty for years and unprotected from destruction thanks to Lancaster City Council's earlier failure to issue a Buildings Protection Notice, investigations carried out in the run up to the Public Inquiry into Centros plans for the area revealed bats are present in the buildings. By law, all species of bat and their breeding sites or roosts are protected under the Wildlife and Countryside Act 1981.

It is an offence for anyone intentionally to kill, injure or handle a bat, to possess a bat (whether live or dead), disturb a roosting bat, or sell or offer a bat for sale without a licence. It is also an offence to damage, destroy or obstruct access to any place used by bats for shelter, whether they are present or not. (More information here on the Council's web site).

The Council has made little official comment on Mitchells' demolition plan, first announced 9th October. Local ward councillors, who are furious about the scheme, argue this silence is effectively giving comfort and encouragement to the hotel and pub chain to get on with demolition.

"A responsible local authority with strong environmental and sustainable development polices would move immediately to protect these buildings whilst the matter of bats was sorted out definitively which means a survey and a discussion with Natural England," says Councillor John Whitelegg.

"This can only be done with a Buildings Protection Notice... It can, of course be withdrawn at a future date if evidence is provided that such protection is no longer necessary.

"Unless a BPN is issued Mitchells will move in and demolish within the next two weeks and if that happens our silence and inaction as a Council amounts to gross irresponsibility, lack of prudence and disregard for the proper discharge of an overall duty of care."

A senior council officer has responded to John's concerns, saying that they have examined the Inquiry's Environmental Statement in relation to protected species and note that whilst the bat survey found evidence of roosting in some buildings on the site, roosting evidence was not found in the brewery.

"Notwithstanding this there was evidence of some bat activity," he admits, "and the firm advice from Natural England was that prior to any demolition a full survey of each building should be carried out. If roost are found there will be a need for Mitchells to obtain a licence from Natural England."

Council staff have now been in contact with the relevant officers at Natural England to alert them to the potential demolition and virtual-lancaster can report they immediately e-mailed Mitchells' owner Andrew Barker to warn them about their risk of breaking the law. We understand that Mr Barker will now contact the environmental consultants direct to open discussions on how to proceed with Natural England, who are responsible for enforcing the legislation.

Many local people are concerned by Mitchells demolition scheme, citing concerns that in a city that likes to call itself historic this sort of thing can happen so easily. They are urging people to contact the company and make their concerns known.