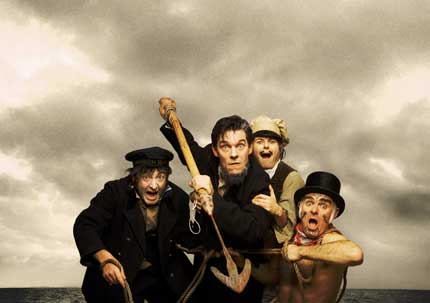 Lancaster's Dukes theatre is on the lookout for singers to take part in a new and hilarious show that’s coming to the venue in November as part of a national tour.

The Creative Learning Department are looking to bring together a choir of at least 30 singers to take part in Spymonkey’s Moby Dick, a glorious mis-telling of the Herman Melville novel. The choir will play an invaluable part at the end of the show, as they joyously sing a rousing two verses and chorus of 'Bright Eyes' accompanied by cast.

Spymonkey have tested this ending a number of times, and it has proven to take the audience by storm, offering a riotous ending to a fantastic show. 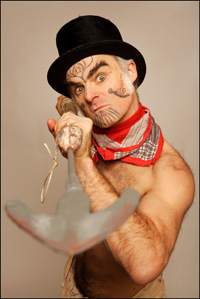 Four actors find themselves trapped in the belly of a literary monster. As they pondor the irony of their fate they recount the story of Moby Dick, sparkling with their own fantastical flourishes. The novel's epic examination of good, evil, fate and obsession is lost on them. And then, mysteriously, found on them again.


• Tickets cost £12 and £10 (concessions). Please call The Dukes Box Office on 01524 598500 or see www.dukes-lancaster.org to book. There are also a number of free tickets available for under 26s as part of the A Night Less Ordinary Scheme.


• There will be a post show talkback session with the cast after the performance on Friday 6 November and is free to ticket holders.