It should come as no surprise to learn that Lancaster's Greens have condemned plans for a third nuclear power station at Heysham - and indeed, any new nuclear build in the UK.

The Green Party opposes the building of new nuclear power stations, arguing it is uneconomic, unsafe, and leaves future generations a legacy of highly radioactive waste, noting that the Health and Safety Executive recently said it could not recommend plans for two proposed new nuclear reactor designs because of wide-ranging concerns about their safety.

The New Civil Engineer, and national newspapers such as The Guardian, noted that the HSE, Britain’s main safety regulator, said in a report that it could not endorse the use of French and American designed reactors - the UK EPR developed by AREVA and Electricité de France (EDF) and the AP1000 developed by Westinghouse Electric Company (WEC) - because of wide-ranging concerns about their safety, noting much more “detailed work” needed to be done before they could be approved for use.

The HSE’s assessment work is due to be completed within a year and a half, but one industry expert suggested a delay of up to three years was possible. 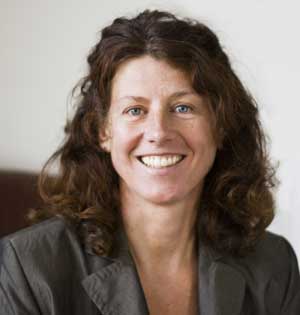 "The Government is using climate change as an argument in favour of building new nuclear power stations," notes Gina Dowding (pictured left), the Green Party’s candidate for the new Lancaster and Fleetwood Constituency at the next general election. But the government's own Draft National Policy Statement for Nuclear Power Generation (PDF) highlights climate change as one of the key risks to new nuclear power stations.

"Because they need to be built on coastlines or estuaries for cooling purposes, they will be at risk of floods, storm surges, rising sea levels and coastal erosion," Gina continues.

"The Government and the nuclear industry are still not dealing with the issue of storing radioactive waste," she adds. "There is still no facility operating anywhere in the world capable of disposing of this dangerous pollutant, so we don’t actually know it’s safe."

"The document highlights other negative impacts such as the ecological impact on Morecambe Bay, local water quality, and habitat and species quality. It downplays any risk to the human population in the District, suggesting that a ‘car park’ and some out buildings will provide enough distance between the reactor and local residents to mitigate against any adverse radiological hazard."

The Greens argue there are alternative power generation methods to nuclear. "Instead of spending millions on promoting nuclear energy as a solution to climate change, the Government should be legislating for energy efficiency, and facilitating the construction of proven safe renewable energy developments," argues Gina. 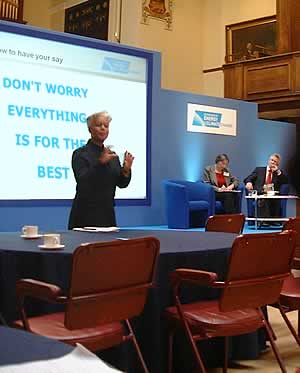 The local consultation took place at the Town Hall between 26th-28th November. Visitors concerned about the new nuclear power station planned in Heysham were invited to read the 500+ pages of consultation documents before responding to the proposals.

Visitor Gisela Renolds said, "A cynic might suggest that the Government made the consultation this cumbersome to ensure as few people as possible engage!"

In response to Ed Miliband's announcement of ten proposed new nuclear power stations, Caroline Lucas, leader of the Green Party, said, "Bypassing the planning system in this way is bad news for democracy and for the environment... A key democratic right is for the public to have a say on how their area is developed. Decision-making about where we get our energy from, and the long-term costs associated with nuclear, should be opened up to more accountability, not less."

The 10 sites deemed suitable for future nuclear plants are Heysham, Bradwell in Essex, Braystones, Kirksanton and Sellafield in Cumbria, Hartlepool, Hinkley Point in Somerset, Oldbury in Gloucestershire, Sizewell in Suffolk and Wylfa in North Wales.

“If nuclear power is going to play a part in delivering a secure energy future for the UK, it must be safe and that means construction will be to exacting standards," The Health and Safety Executive has helpfully highlighted areas of concern, allowing these issues to be rectified before the plans are completed in June 2011,” said CECA head of industry affairs Alasdair Reisner, according to New Civil Engineer.

“As we move towards this date, the Civil Engineering Contractors Association would encourage the reactor designers to call upon the skills and knowledge of the association’s members, to help them overcome any issues in relation to the buildability of the civil engineering aspects of the reactor design.”

(NB. Consultation photo has been doctored to display a synopsised screen message;-)