(Updated 8/3/09): The deadline to submit objections to the proposed Centros development for Lancaster's Canal Corridor is Monday 9th March.

Developers Centros have not yet submitted their case, but the deadline for them to do so has been extended to March 13th which means that they can still submit, so the inquiry still looks to be going ahead at this stage.

Even though Centros is experiencing difficulties elsewhere, campaigners against present plans, who have suggested alternative uses for the site, are determined to keep up the pressure against the proposed development.

"If Centros see hundreds of people objecting, it will be a huge hurdle that might just be enough to put them off," commented one campaigner.

Last month, Centros told virtual-lancaster that they had no comment to make at this stage on their plans. "We will make a statement about the inquiry at the appropriate time," said Centros spokesperson Steve Bryson.

Despite the economic downturn, Centros has opened its development in Bury St. Edmunds and almost two thirds of the 265,000 sq ft scheme is now open and trading and is currently just under 90% let, including the Debenhams store. Property Week reports the remaining confirmed retailers will open in the next few weeks. Tenants include Top Shop, Next and H&M with 62 studio, one- and two-bedroom apartments now on offer, situated above the retailers.
The centre will be owned and operated by Delancey, who bought Miller’s 50% equity stake in what was then Centros Miller in January last year and took on Centros Miller’s debt.

Things are not so good elsewhere for the company: Centros' £500 million plans for the Northern Quarter in Portsmouth, which would have seen 80 new shops, as well as restaurants, cafes and a hotel built in the city centre, have been abandonned as a result of the economic downturn.

Local paper The News reported earlier this month that doubts and delays to the now-cancelled scheme have meant traders in the city's Commercial Road have been affected by the Northern Quarter scheme. In 2006, the city council served Compulsory Purchase Orders on businesses it needed to clear for the development, which made it nearly impossible for traders to sell their businesses to anyone else and pointless to spend on improvements. Now Centros has announced it would not be able to get the scheme under way before the CPOs expire in December 2010.

On its Castle View site, Centros says it has lined up a huge range of retailers interested in taking stores in the new Lancaster development, including Borders, French Connection, Gap, Primark, Sony, Laura Ashley, TK Maxx and Miss Selfridge: however, the list would appear to be out of date as it includes some retailers that have closed or re-branded since the start of the current economic downturn, including Virgin Megastore - re-named Zavvi in the UK, but which has just announced the closure of all its US stores.

Meanwhile, possibly due in part to the same kind of uncertainty over Lancaster's future retail provision that faced Portsmouth retailers, but largely the result of the credit crunch, some of Lancaster's current shops are soon to close: clothes retailers Wallis after a rent hike, and Monsoon will reportedly shutter soon and there are concerns that other stores are also facing difficulties. Many landlords, however, still seem set on keeping rents high at the expense of bringing new business into the city.
• Any correspondence concerning the Canal Corridor application should be sent to the Planning Inspectorate at:- The Planning Inspectorate PINS SAC(B)Room 3/17, Temple Quay House, 2 The Square, Temple Quay, Bristol, BS1 6PN. Their telephone number is 0117 372 8918 and fax 0117 372 8181.

Lancaster City Council set its revenue budget for 2009/10 this week, with a Full Council Meeting reversing an earlier decision to close Morecambe Dome, keeping open all but two public toilets that had been ear marked for closure and removing the proposed £20,000 cut to Lancaster and Morecambe Citizens Advice Bureaux.

Setting the budget at £23.999 million, Council accepted many of the recommendations prepared by Cabinet but also made a number of changes, which include:
The Lancaster Guardian reports that some of the extra cash to keep the Dome and public toilets open was found from a £1.1million council fund used for art and leisure provision.

“In common with other public bodies we were faced with tough choices when setting our budget," commented Coun Abbott Bryning, Leader of Lancaster City Council. “The recession has impacted heavily on our finances and because we have less money coming in we have less to spend.

“Inevitably this has meant that some services we may had wanted to maintain or expand have had to be scaled back or ended completely.

“These choices have had to make to balance our books and ensure we provide a set of good quality core services which can continue to operate effectively.”

Cuts agreed by the Council's Cabinet and accepted by Full Council include
Council has previously set next year’s increase in Council Tax at 4%. This means that from April 2009 Lancaster City Council’s proportion of Council Tax will be around £3.56 a week on average.

These authorities have increased their precepts as follows:


In addition, residents living in parished areas pay a precept to their parish council. Excluding Parish precepts the overall basic Band D increase in Council Tax will be 3.22%.
Posted by John Freeman at 08:01 2 comments: 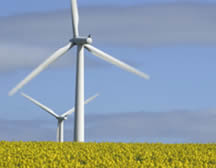 Lancaster City Council has received a planning application to erect two wind turbines and ancillary equipment on land to the north of the existing BT Radio Station mast at Fanny House Farm, Heysham. It is now seeking comment on the plans from the public.

While the project is now facing a rethink (see below), BT first announced its plans to erect the turbines back in January and is an integral part of BT’s wider ‘Wind for Change Project’, part of the company’s national renewable energy delivery programme for wind turbine development at this and other locations across the UK. Further applications are expected during the first half of 2009 for up to nine wind turbines at Red Gap near Hartlepool and for two wind turbines on BT’s site at Goonhilly, Cornwall.

BT's renewable electricity programme aims to develop wind farms with a 250 MW total capacity, to offset around 25% of its existing UK electricity requirements by 2016.

The proposed turbines at Heysham will have the capacity to generate up to 5MW of electricity, saving over 4,500 tonnes of CO2 emissions each year.

Wireframe image of how the proposed turbines might look from Walker Grove, Heysham, taken from the submitted plans

Wireframe image of how the proposed turbines might look from the A683 westbound, taken from the submitted plans
The deadline for consultation responses is 23rd March 2009 but the Council has already received early comments on the scheme, arguing the plans which could threaten local wildlife and prove an unsightly "blot on the landcscape."

"The position of these turbines are detrimental to the wild life of an area of natural beauty and adjacent to a protected area," feels Heysham resident Max Pemberton. "The woods nearby have a bat colony and these are known to suffer from the noise of the turbines. Ducks and geese are frequently seen to overfly the area."

For human residents in Heysham there are technical issues, too. "The current BT Tower is already noted for disturbing the local Sky TV signals and the Turbines will do likewise," Mr Pemberton feels. "We can a see one other Wind Turbine Farm from our bedroom and we certainly do not need another."

Whatever the result of the planning process, it appears the entire 'Wind for Change' project may well not proceed. Earlier this month, it was revealed BT was rethinking plans for its own £250m wind farm due to concerns that the government's labyrinthine subsidy scheme would prevent the resulting power counting towards BT's reduction in carbon emissions.

Speaking to BusinessGreen.com, the company's chief sustainability officer Dr Chris Tuppen confirmed reports that the board was looking again at the viability of the scheme, which is capable of providing a quarter of the company's power.

The company says the rules governing the imminent Carbon Reduction Commitment (CRC) cap-and-trade scheme means it won't be able use the renewable energy from the project to reduce its reported carbon emissions.

• Plans, supporting statements and application documents are available to view online on the PublicAccess system by following this link to search results in the Planning Applications section of www.lancaster.gov.uk. If that link doesn't work, the application number is 09/00155/FUL.

A public computer is available in Palatine Hall, Dalton Square, Lancaster for those without access to the internet and hard copies of documents are available for viewing in the Customer Service Centre at Morecambe Town Hall.

• Comments can be made either via the Submit Comments button on PublicAccess, via email to dcconsultation@lancaster.gov.uk or in writing to Development Control Team, PO Box 4, Town Hall, Lancaster, LA1 1QR.
Posted by John Freeman at 11:26 No comments:

Labour Group Has Own Budget Plans for Council 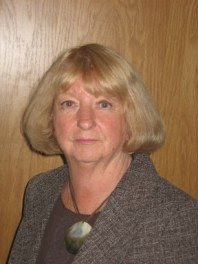 Lancaster City Council’s Labour Group has revealed it is making a last minute attempt to set a budget that it says will be fair to the whole district and which it hopes will heal the Morecambe-Lancaster divide that has emerged in current debates.

Labour Group leader Councillor Eileen Blamire said that they would announce their plans at the budget Council meeting on Wednesday, which has to agree £1.7 million in cost saving that currently include rural toilet closures, cuts in funding for The Dukes and Citizens Advice (see news story)

“We have listened carefully to public opinion on such matters as the proposed closure of public toilets, cuts to the Duke’s Theatre, support for festivals, and reductions for the two Citizens Advice Bureaux," says Eileen, who is a supporter of the cash-guzzling Northern Bypass which will cost tax payers over £120 million and acheive no lasting benefit to local transport woes. "Our plans seek to unite the whole district and do not play off Lancaster against Morecambe or vice-versa.”

She added that the time was now right to heal wounds, not deepen them -- but then proceeded to lambast other political groups on the Council.

Councillor Blamire believes that Labour is in the strongest position to speak for the whole district following the shock resignation four weeks ago of council leader Roger Mace, maintaining that this had left the Tory group “rudderless”, while the Morecambe Bay Independents are "vindictive" towards Lancaster, and the Greens are championing "unworkable" solutions.

New council leader Abbot Bryning -- who voted for some of the proposed cuts in services at Cabinet and is due to be hauled up before the Overview and Scrutiny Committee today over proposed toilet closures -- will unveil the details at Wednesday’s council meeting at what is expected to be a stormy and protracted debate, with standing orders suspended to allow councillors longer time to speak on particular issues.
Posted by John Freeman at 10:53 5 comments: