It’s that time of year again: the Cockerham Triathlon in aid of CancerCare, is back!

The Triathlon, which takes place over the August Bank Holiday weekend, on Sunday, 30th August 2009 starting at 2.00pm, will see competitors complete a course of 350 m open water swim, 15km cross-country bike ride and a 5km run, all set in and around the picturesque village of Cockerham in aid of Cockerham Recreation Scheme and CancerCare.

The race takes in some of the areas most beautiful and historic scenery including Cocker Sands Abbey, Morecambe Bay and views out to the Bowland fells and finishes at the Parish Hall, where competitors can enjoy a much needed drink and a burger whilst waiting for the presentation ceremony.

The committee came up with the idea of the triathlon and the event was born in 2001 and since then the Cockerham recreation committee have raised over £50,000, which has gone back into the local community improving the village. One project has developed the local playground and tennis courts.

For the second year, the committee have teamed up with local charity CancerCare to maximise the opportunity of this event whilst supporting both the local community and CancerCare. CancerCare is a local charity which supports cancer patients, their carers and family members.

The event has grown and developed over the years but the committee would like to keep it as fun and friendly as ever, the day is keenly supported by the village community and what you will find is a fun day out for all the family, competitors and supporters alike.

You still have time to enter and the race is open to individual competitors and relay teams of three persons. All abilities welcome, Mountain Bikes recommended. Helmets compulsory, Wetsuits optional, for more details or to register online go to www.cockerhamtri.org.uk

Due to the demand on places, the organisers would encourage everyone to pre register for this event by offering a discount of £7 for individuals and £10 for teams registering in advance. If you do need to register on the day you will still be able to do so, albeit at the full price.

Over the last few years the Government has mislaid a staggering amount of our personal information. In a clever short film released today, campaign group Liberty asks whether they can be trusted with even more data.

Where do they go? highlights Liberty's concerns about the security of our personal details in the National Identity Register (NIR) and ID card scheme.

Despite the recent announcement that ID cards will be voluntary for British residents, Liberty has argued that they will be compulsory in practice because your details will automatically be placed on the NIR when you apply for a passport.

Narrated by Liberty supporter Simon Callow and made voluntarily for Liberty by professional film-maker Will MacNeil, the film Where do they go? underlines the absurdity and the danger of creating such a massive database.

• Spread the word - send the film to friends and family or share it online using this URL http://tinyurl.com/wanderingdata


• Find out more about the arguments against ID cards here: http://www.liberty-human-rights.org.uk/issues/3-privacy/31-id-cards/why-liberty-opposes-id-cards.shtml

Posted by John Freeman at 13:43 No comments:

Bank Holiday Humour at the Borough 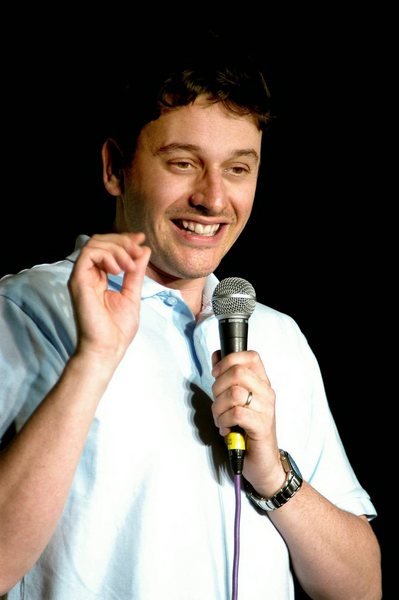 Next month's Bank Holiday needs to be written into your diary if you're up for a good laugh, as Sunday 30th August sees the return of the monthly comedy night at The Borough on Lancaster's Dalton Square.

The Borough Comedy Night has seen performances from top rated comics to packed houses over the last few months and with the next show landing on the Bank Holiday, offering performances from Alex Boardman, Steve Harris and Chris Roche, laughter lovers are being advised to get their tickets as soon as possible. The Borough are also offering a 25% discount for those buying in advance.

Comics who've previously performed at the Borough have included a co-founder of Viz comic, a star from Johnny Vegas' cult hit Ideal as well as acts from as far away as Chester, Newcastle and Belfast! Future line ups include faces that will be familiar from hit TV shows such as Have I Got News For You, Mock The Week and Never Mind The Buzzcocks.

The line up in August includes Alex Boardman, a comic who needs to wash his mouth out, and epitomises the laddish, male perspective on the world. After cutting his teeth on the Manchester comedy circuit, he now appears across the country.

Alex exploded onto the National Comedy circuit in late 1997 following his qualification into the Daily Telegraph Open Mic Award Final at the Edinburgh Festival earlier that year. That competition was broadcast on Channel 5 in the winter of 1997.

As a writer, he's gagged up loads of primetime TV programmes including A Question of Sport. The place Alex is most comfortable however is on stage, and his quick thinking improvisation style, has led to compering residences throughout the country, and seen him perform to audiences ranging from National University tours on the 'Comedy Network' to an audience of two thousand at Glastonbury.

Described as "Able to control a crowd with his eye shut" by City Life magazine, Alex is part of the newer breed of comedian who defies simple categorisation by his ability to allow each performance to get swept along with the moment, and it is this ability that has allowed him to support act for such names as Jenny Eclair, Craig Charles and The Fast Show's Simon Day. 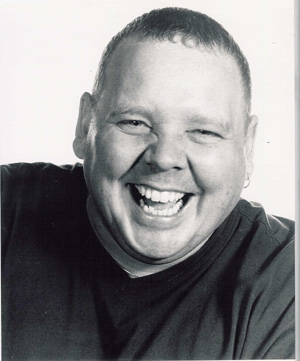 Steve Harris’ comedic ability comes from his flexibility and warm nature. Whether he’s dealing with hecklers or his mum has found out where he’s playing there’s always a level of warmth in his attack even if it is pre-emptive.

Whatever age or walk of life you’re from Steve has something for you, guaranteed to have you breathless with laughter, a master of the obvious and a Ninja of the not so obvious, you’ll be hit so hard by a punch line you won’t know where it’s come from. His most obvious asset is his ability to get any audience on his side, a well-crafted act and a will and confidence to survive outside of it, is what sets Steve aside from many of his piers. With most comedians you might get laughs -- with Steve you get a guarantee.

Steve first leapt on stage back in August 1998 and within three months had won himself the coveted North-West comedian of the year award after just five gigs. A finalist of the BBC new comedy awards and Channel 4’s So you think you’re funny in the same year. Steve went on to headline all of the top comedy clubs in the UK including venues as far flung as Hong Kong and Australia.

With his ever-expanding reputation the demand for Steve has come from all different types of media outlets including Radio and Television. With support slots with the likes of Johnny Vegas, Peter Kay and Lee Evans, Steve comes highly recommended from the heavy weights of comedy themselves. Currently just off his recently successful “Hit the North” tour Steve has leapt back onto the comedy circuit with gusto. See him now before he gets too big.

• Should you wish to make a night of it you can combine the comedy with a pre-show meal at the Michelin commended restaurant with a free bottle of wine for every two meals although food must be ordered before 7.00pm and advance booking on 01524 64170 is prudent. All the best chefs will tell you that the key to a great dish is the finest ingredients and with that in mind who exactly makes up the comedy?

Posted by John Freeman at 00:02 No comments:

Three Ages of Elvis Bow Out Lancaster band Three Ages of Elvis have announced the band is soon to be no more -- and will be playing its last gig in August.

"On 8th August, just days before the 32nd anniversary of our namesake's own lavvie-based demise, the majesty that is the Three Ages of Elvis will perform their final gig," says spokesman Jon Carter. "Not in Memphis of course, but our spiritual home The Yorkshire House - in the Historic City of Lancaster.

"We'll be joined on the night by the marvelous 3D Tanx (Lancaster), Razordog (Blackpool) and Apes Fight Back (Manchester) plus special appearance by Cookie (Lancaster/London)."

There will be fun and games and all sorts of nonsense going on so get on down and see them off in style!
But take your own jumpsuit...
Posted by John Freeman at 12:26 No comments:

When it comes to the proposed Heysham-M6 Lorry Link road and the new Lancashire County Council it seems it's a matter of new dogs, same old tricks.

Despite a dramatic local election change at County Hall, in which many of the old promoters of the Heysham M6 lorry link road were swept away, the new Lancashire County Council has failed to seize the initiative and introduce cheaper and more efficient congestion-busting measures for North Lancashire.

A recent notice placed in local papers confirms that the 'new' Council plans to implement the old, Labour-controlled, Council’s decision to build an under-performing, expensive and destructive lorry road to Heysham Port, despite calls for transport measures to address the district’s pressing congestion problems.

Last week, the Government included the proposed road in a list of road projects for the North West, but stressed it still had some hurdles to jump before getting full approval and funding (see news story).

"This massive road is designed to attract more heavy goods traffic into our district, to use Heysham Port rather than Liverpool, despite a major down-turn in Irish road transport trade, following the recession," said David Gate, chair of local transport campaign group Transport Solutions for Lancaster and Morecambe.

"The Lancaster and Morecambe district congestion problem is not being addressed, despite the road’s spiralling £140 million price tag. All we get in this district from this project is the loss of 173 acres of green belt and an extra dose of 23,000 tonnes of carbon emissions each year."

A package of integrated transport measures, including park and ride, public transport improvements and changes to the one way system has been developed for the district by council transport consultants, at a cost estimated to be half that of the lorry Link. But although planning permission is now being sought for the Park and Ride scheme, it seems the rest of the plans continue to gather dust in Council offices while the politicians make their grand gesture.

"It is surprising that this new Council wants to make such a major contribution to the country's massive debt mountain. They claim economic and regeneration benefits for the Link, but these were blown apart at the public inquiry," said Mr Gate.

"The reality of this dated political plan is more lorries, destruction of the green belt and additional vibration, noise, light and airborne pollution for thousands of local residents."
Posted by John Freeman at 10:40 No comments: