Local consultations on a third nuclear power station at Heysham will take place later this month, after the Government announced Heysham is considered to be potentially suitable for a new nuclear power station, even though the site is on a fault line, a point which has been studiously ignored by the pro-nuclear lobby.

A local exhibition giving information about the draft Nuclear National Policy Statement and the assessment of Heysham will be held at Lancaster Town Hall from 26th - 28th November 2009. A public discussion will also be held on the morning of Saturday 28th November at the same location.

The Government is consulting on its draft Nuclear National Policy Statement and list of sites, including Heysham, around the country that might be suitable for new nuclear power stations and claims - despite wanting to rush the new builds through by bending planning laws - that it would like to hear the public's views.

(The Health and Safety Executive and the Environment Agency are currently assessing two new power station designs: the UK-EPR designed by Areva and EDF, and the AP1000 designed by Westinghouse. More info here).

Response to the consultation will help set the framework for planning decisions on new nuclear power stations.

The pro nuclear lobby is convinced that the public is now more in favour of replacing existing nuclear power stations with new ones, to keep the same proportion of nuclear energy as a means to combat climate change. They are also playing the jobs card, pushing the building of new power stations as a means of reducing local unemployment.

To take part in consultation you can visit the local exhibition and record your comments; take part in this public discussion; respond to the consultation online, by post or at events; and read the documents at www.energynpsconsultation.decc.gov.uk

Posted by John Freeman at 16:55 No comments:

Lancashire County Council in Preston is pushing ahead to buy, under compulsory purchase, green belt land to the north of Lancaster, and to alter or stop up local roads and rights of way, in its rush to build the controversial Heysham M6 Link road. But local transport campaign group Transport Solutions for Lancaster and Morecambe (TSLM) is adamant that the plans can be stopped, and priority can be given over to addressing instead the ever worsening congestion that blights the district.

"Any resident who is affected by the Link road scheme, or who is opposed to it, can object – that includes people who travel locally and who will be affected by the massive road alterations: even the M6 Northbound slip road at Junction 34 may be blocked up for two years," says David Gate, chair of TSLM. "Sufficient objections will trigger a public inquiry; the last public inquiry did not authorise the building of the road, nor determine the need for it.

"This is a great opportunity to put forward alternatives which would tackle our congestion nightmare head on."

TSLM will be leafleting the area, and full details about how people can object have been posted on TSLM's web site at www.heyshamm6link.info.

"The Northern route is the only option that has been advanced by Lancashire County Council. No other route has been assessed, and no alternatives to building the Link have been appraised; this is contrary to Government guidance" said Mr Gate. "A package of alternative transport measures has been produced for the authorities by transport consultants, but they have been quietly put to one side."

"The Link is designed to attract more lorries to use Heysham port; it will generate many more thousands of tonnes of CO2, and it will destroy the North Lancashire Green Belt," David argues. "It is widely opposed by residents, the City Council and MP Geraldine Smith. It does not address local congestion.

"If these are not good reasons to object, we don't know what is."

• Objections to all five Orders may be made in writing to the Secretary of State for Transport, Government Office for the North East, Local Authority Orders Section, Citygate, Gallowgate, Newcastle upon Tyne NE1 4WH, or by email to Linda.smart@gone.gsi.gov.uk. Objectors must state: the title of the order (“Heysham-M6 Link Road Orders and Schemes” is sufficient), the grounds of their objection, and their name and address. The deadline: 10 December 2009

Posted by John Freeman at 16:31 No comments:

Fortunes Smile at the Dome 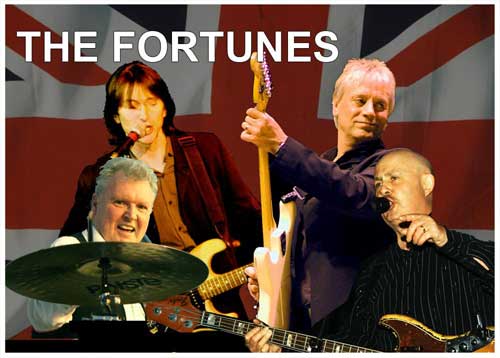 An evening of nostalgic music from the 1960s and 70s comes to the Morecambe Dome on Saturday 5th December when The Fortunes will be performing their greatest hits show.

Formed in Birmingham in the 1960s, The Fortunes first came to prominence and international acclaim in 1965 when ‘You’ve Got Your Troubles’ broke into the American and British charts.

Following in the wake of Merseybeat and the R&B of the Rolling Stones, The Fortunes added another dimension to the sound of pop with their sophisticated orchestration, dual lead vocals and well-worked counter-melodies.

The band had a number of hits including ‘Here It Comes Again’, ‘Freedom Come, Freedom Go’, 'Seasons in the Sun’, ‘Storm in a Teacup’ and many more. They were also the voices for the American Coca Cola advertisements.

Their first recording in 1967 was a version of the theme tune ‘Things Go Better With Coke’, but they are most remembered for introducing the 1969 new slogan recording used as the main theme for Coca Cola on both radio and television commercials ‘It’s the Real Thing’.

One of the present day Fortunes is Bob Jackson, who was a member of the band Badfinger, the first band to be signed to The Beatles Apple label. He's a talented songwriter who has had a number of songs published. The other members are Michael Smitham, who has been with the band since 1983, Paul Hooper, who joined in 1984, and Eddie Mooney, the former lead singer of The Dakotas.

Police Appeal after A6 Crash

Police are appealing for information after a 21-year-old male was hospitalised following a crash on the A6 at Forton.

Joshua Drinkall had been driving his silver BMW Mini towards Lancaster at around 1.49am on Saturday November 7 when he collided with a lamppost and then a gate post near Cabus filling station.

A passing driver alerted the emergency services and Joshua, of Dolphinholme, was taken to Royal Lancaster Infirmary before being transferred to Royal Preston Hospital.

He is now in a serious but stable condition.

No other vehicles where involved in the incident, but officers are appealing for anyone who may have witnessed it, or who may have seen Joshua, or his car, prior to the crash to get in touch.

Sgt Nigel Ralphson, road policing unit, said: “We believe Joshua left his home address in the Mini between 10 and 11.00pm on the Friday evening. We would particularly like to speak to anyone who may have been with, or seen, Joshua between leaving home and the crash. We believe he may have been with a female friend called Jos in the Lancaster area at some point that evening and I would like her to contact me.”
Posted by John Freeman at 15:44 No comments:

Appeal for information on missing man 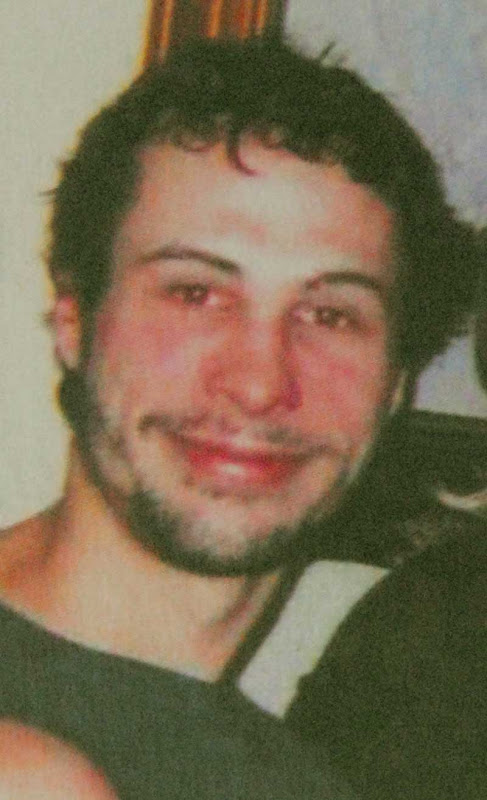 Update, 11 November: William Aspden has now been found safe and well in Scotland.


Original Story for Archive Purposes: Police are appealing for information after a man went missing from his family home two weeks ago.

William Aspden, 30, had been visiting his mother at her home in the Lancaster area and left on 25th October. He has not made contact with his family since.

Police are growing concerned about his welfare and are appealing for him to get in touch.

“We believe William may have gone up to Scotland, commented Sgt Alicia Hills of Lancaster police, "but he has not made contact with his family and they are keen to speak to him.

"I would ask that he gets in touch with them – or with us if he does not want to speak to them directly – to let everyone know that he is safe.”