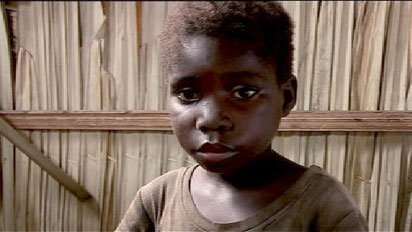 In 2008 a Bafta and Emmy Award-winning Dispatches told the story of how children in Africa's Niger Delta were being denounced by Christian pastors as witches and wizards and then killed, tortured or abandoned by their own families.

The film, which prompted international outrage against a practice conducted in the name of Jesus, forced the Nigerian authorities and the United Nations to act.

Child rights legislation came into force making it illegal to brand children as witches and some pastors were arrested. Financial support also poured in to assist a small, Lancaster-based British charity, Stepping Stones Nigeria, providing the only safe refuge for hundreds of youngsters attacked after claims that they were possessed by the Devil.

In Return to Africa's Witch Children, which will screen on Monday (23rd November) on Channel 4, Dispatches reveals what happened to some of the children and church leaders who originally featured, and discovers that even now children as young as two are still being stigmatised as witches and treated as outcasts.

Stepping Stones Gary Foxcroft also returns to Nigeria and discovers that since his last visit the rescue centre that houses many of these children was the target of an attack. He also learns that the number of children living there has in fact risen.

Stepping Stones Nigeria works in partnership with local organisations in the Niger Delta region of Nigeria to build sustainable futures for some of the region's many disadvantaged children, including protecting, saving and transforming the lives of children who have been stigmatised as being 'witches'.

• For more information on the documentary, an article by Gary and more, visit this page on the Channel 4 web site

Brigstocke returns to The Platform 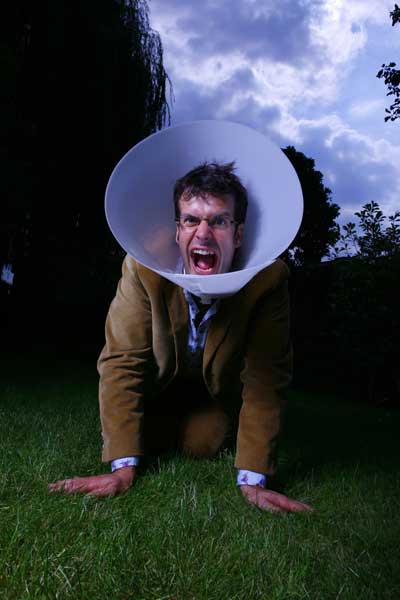 One of Britain’s finest comedians and broadcasters, Marcus Brigstocke, returns to The Platform in Morecambe on Friday 11th December with his hotly anticipated new show God Collar.

The award winning comedian is a firm favourite with comedy fans and God Collar promises to be as sharply observant and quick-witted as his much loved catalogue of work.

Marcus’s talent was noted early in his career in 1996 when he won the BBC New Comedian Award at the Edinburgh Festival. He's now regarded as a major comedy, writing and acting talent, performing stand up nationally to sell out audiences both on tour and on the well trodden comedy circuit.

BBC Radio4 has become something of a second home to him with regular appearances on The Now Show and Just A Minute and he has notched up an impressive list of TV credits including team captain on Argumental for Dave and host of BBC4’s The Late Edition and I’ve Never Seen Star Wars.

There is not much that hasn’t come under Mark's comedic gaze with blisteringly funny results – climate change, religious extremism, loans companies, immigration, the compensation culture, women’s magazines, not to mention his own personal battle against his middle class roots.

Police are appealing for information after a group of males tried to snatch two women’s handbags.

The ladies were walking along Bellevue Terrace, Lancaster, at around 7.50pm on Saturday 14th November when they were approached from behind by three males.

The group then started to pull at the women’s handbags but ran away after the pair screamed.

The offenders were described as wearing dark hooded tops. One was around 5ft 8 and had dark curly hair coming out from underneath his hood.

• Anyone with information is asked to contact DC Rachel Killinger at Lancaster CID on 01524 63333.
Posted by John Freeman at 15:04 No comments: