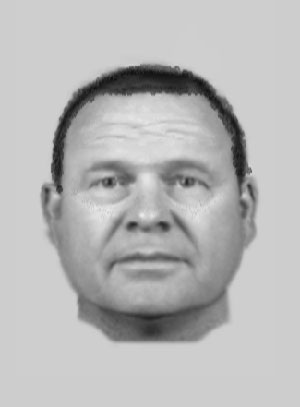 The police have released an evofit of a man who is believed to have seriously sexually assaulted a woman in the early hours of New Year’s Day.

The incident took place in a house near to the town centre at around 7.00am. The victim, who is in her forties, met her alleged attacker in Coast nightclub on New Year’s Eve.

The alleged offender was dressed as a pirate and had a “Tina Turner or Rod Stewart” hair style wig on. He is described as being white, tanned complexion, short black hair, five foot four to five foot eight tall and of a medium to stocky build. He had a pirate eye patch, striped trousers and a red jacket with dark coloured shoulders and white stripes across the shoulders and down the sleeves. He may have had a foreign accent.

“I would urge anyone who has any information which could help us to come forward and contact police. In particular I would ask members of the public to consider the description of the suspect, and to contact us with any information that may assist our enquiries.

“I would like to stress that incidents like this are very rare and that we are doing all we can to trace the man who carried out this attack."