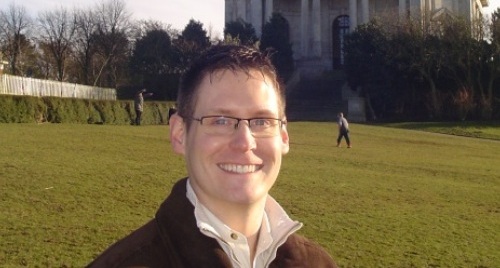 Harry Armistead, the Liberal Democrat candidate for John O'Gaunt in the upcoming City Council by-election, has criticised the Greens for demanding it be held separately to the general election, describing it as costly to both the environment and local taxpayer.

"The local by-election is on the 1st April 2010, only five weeks from the widely anticipated general election," he notes on his blog.

"There are five polling booths in the John o’ Gaunt ward and all of these will need to be staffed by at least two people from 7.00am to 10.00pm when pollings close.

"Turnout for a local election is usually low – about 1200 people voted at the last John O’ Gaunt by-election in 2005," he adds. "The additional paperwork, campaign materials, heating of buildings, travel of residents, and personal inconvenience are all uneccesary extras that will need to be accounted for when conducting a separate election campaign."

Harry, who is a Lancaster Business Management graduate, is puzzled by the demands he says the Greens made, pointing out that Caroline Lucas, leader of the Green Party had recently spoken in favour of holding both the general election and the local elections on the same day at the Greens spring conference.

Despite the early local election, Harry has been busy campaigning for the seat vacated by Labour's Jim Blakeley, saying that like his party he is "determined to develop Lancaster as a competitive and attractive city to live, work and visit."

Responding, Councillor Chris Coates, leader of the Greens on the Council, told virtual-lancaster he was "somewhat appalled that the Libdems think that spending resources on the exercise of democracy is a 'waste'."