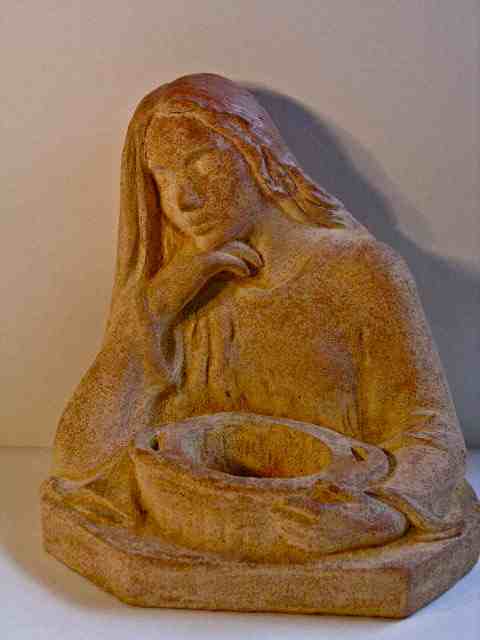 Local charity CancerCare has announced it will be holding Charity Art Auction in July at Lancaster Town Hall, offering the opportunity to bid for work from artists such as world famous Lakeland sculptress Josefina De Vasconcellos and others and help raise money for a good cause.

Both paintings and prints will be offered in a silent auction, followed by the main auction that includes three sculptures by Vasconcellos and original work by Lancaster artist Chas Jacobs, B. J. Beddows, Moreen Cook, freelance illustrator Kay Boyce, whose work has featured in magazines such as Woman's Weekly and Bella, Cornelius Ferguson, Spencer Coleman and much more.

Vasconcellos, who died in 2005 aged 100, was an English sculptor of Brazilian origin and at one time was the world's oldest living sculptor. She lived in Cumbria much of her working life and her most famous work includes 'Reconciliation' at Coventry Cathedral and the University of Bradford, 'Mary and Child' at St. Paul's Cathedral in London and 'Nativity (at Christmas)' at St. Martin-in-the-Fields Church in London's Trafalgar Square. Her final piece, 'Escape to Light', created in 2001 to commemorate the men of the Independent Off-Shore Rescue Service, appears at Haverigg on the Cumbrian coast.

"CancerCare offers support and information, free of charge, for people affected by Cancer in North Lancashire and South Lakeland," explains Bernard Alvarez who is promoting the event. "This includes cancer patients, their carers and family members and those bereaved by Cancer.

"We also have a special Children’s and Young People’s Service."

CancerCare provide approximately 15,000 free sessions per year to their clients at the present time and with the prospect of cancer rates doubling in the next decade fundraising is a vital component of our service capability.

Pictured: Woman with Bowl by Josefina De Vasconcellos, 1985
Posted by John Freeman at 20:22