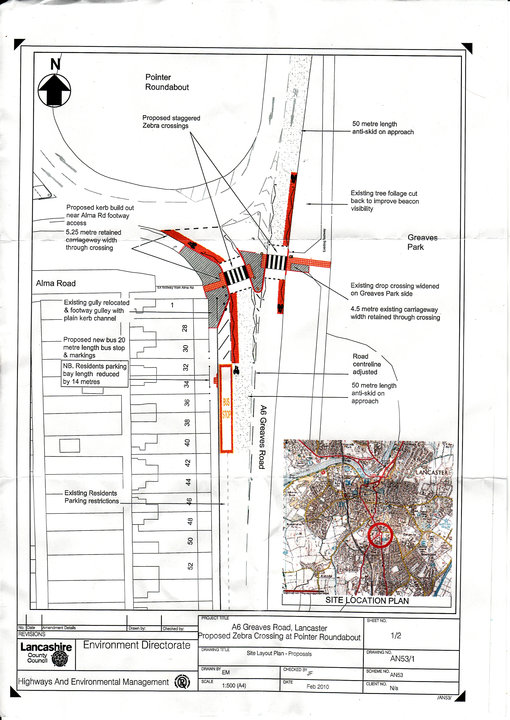 Local drivers and residents have begun a campaign to stop Lancashire County Council from moving a bus stop near Lancaster's Pointer Roundabout -- back to where it was moved from less than 10 years ago because it caused major congestion.

Lancashire County Council is planning to relocate the bus stop back to where it was sited previously, right next to the busy roundabout on Greaves Road.

The Council says the move is intended to reduce the traffic to a single lane on the approach to the roundabout, but campaigners, who have launched a Facebook page against the plans, argue it will increase conjestion on an already very busy area.

"I can't see how this will help congestion on the roundabout," notes local David Bateman in a post to the page. "Traffic trying to go up Bowerham Hill will be in a single queue with traffic going straight on into town - which is often already backed up to the roundabout, so there will be no movement in any direction!

"Will buses using the stop have any sort of priority for getting onto the roundabout? If not, who's going to let them back into the queue!! What benefits have they suggested in favour of moving the stop?

"I'm sure bus passengers would be happier for the buses to be able to move fairly freely, even if it means a slightly longer walk, rather than sit on a stationary bus, stuck in a queue at the roundabout."

Incredibly, the bus stop was moved 100 metres farther away from the roundabout less than ten years ago due to the difficulties it caused in this location. You really have to wonder if anyone at the County Council ever looks at its own records...

• Join the campaign against the proposal on Facebook
Posted by John Freeman at 15:14