The Dukes starts a search for 'A Little Voice' 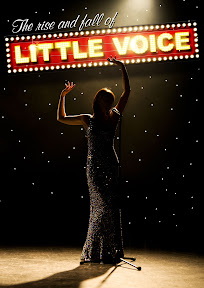 A Little Voice will be in big demand at The Dukes in Lancaster in the spring.
In its first outing since an award-winning run in the West End last year, The Dukes will be staging its own production of The Rise and Fall of Little Voice, from 24th March - 16th April 2011.

Now, the search is now on for a Little Voice to outshine those who have taken on this challenging role - so if you think you can outshine the likes of  Jane Horrocks and Diana Vickers, it might be time to get your pitch to the theatre.

The Rise and Fall of Little Voice, a heartwarming, down-to-earth comedy written by Farnworth–born Jim Cartwright, will be a highlight of The Dukes spring season and upholds its reputation for producing plays rooted in the North.

“This is a modern classic and I think it’s the best play I know that also incorporates music which is another of our interests," says Dukes director Joe Sumsion.

The Rise and Fall of Little Voice focuses on the life of a painfully shy young woman who disappears into a world of music to escape the chaotic life of her fun-loving drunken mother.

Surrounded by vinyl and memories of her father, Little Voice imitates the great divas; Bassey and Monroe, Garland and Holliday.

But this Lancashire fairytale takes a dramatic twist when Little Voice is overheard by wannabe talent scout Ray Say.

The play premiered at the Royal National Theatre in 1992 with Jane Horrocks in the lead role and won the Olivier Award for Best Comedy in 1993. Horrocks recreated the role for the big screen version in 1998, which also featured Michael Caine and Brenda Blethyn .
The Dukes production will see the return to Lancaster of director Amy Leach, who directed the theatre's record-breaking run of Sabbat, My Mother Said I Never Should, and Peter Pan, this summer’s walkabout show in Williamson Park.

• Bookings are already being taken for The Rise and Fall of Little Voice: call The Dukes Box Office on 01524 598500 or visit www.dukes-lancaster.org
Posted by John Freeman at 17:40

Email ThisBlogThis!Share to TwitterShare to FacebookShare to Pinterest
Labels: Events Theatre, The Dukes, The Rise and Fall of the Little Voice