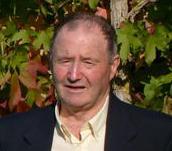 Updated, 11:19 -  this missing man has now been traced in the Kendal area.

Police continuing the search for missing man, Ronald Shearer from Larbert, believe he may be heading to the Lancashire area.

Officers now think that 75-year-old Mr Shearer is heading to or has already arrived in the Lancaster or Morecambe areas, with a view to then heading back up the coast towards Scotland.

Prior to this, he's believed to have travelled through the Dumfries and Cumbria areas.

A spokesman for Central Scotland Police said: "Mr Shearer has been missing now for over a week and there is a strong possibility that he doesn't realise he has been reported missing or that his family are worried for his safety and well-being.

"All we would ask of him is that he gets in touch with police or his family to let them know he is safe and well.

"We are keen to speak to anyone who knows the whereabouts of Mr Shearer, in particular, we are asking proprietors if guest houses and hotels to look out for him. Some-one may have given him a lift or seen him on public transport and we are asking anyone who can assist with information, to contact us."

Mr Shearer was last seen on Wednesday 24 November at Torwood Avenue, Larbert. At the time he was wearing hillwalking clothes, including dark waterproof trousers, a dark hat, walking boots and was carrying a black backpack with red trim. He is described as 5 ft 2 inches tall with dark, short hair and is balding. He has a tattoo of a lion on his left forearm.

• Anyone with information regarding Mr Shearer is asked to contact Central Scotland Police on 01786 456 000.
Posted by John Freeman at 10:23