Punk and poetry at the Yorkshire House

There's a night of punk and poetry not to be missed at Lancaster's Yorshire House this week (Saturday 24th September), featuring Lancaster's new talent Miss P, Cosmo and The Dead Class. 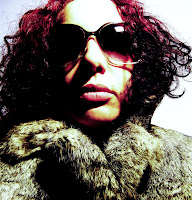 After a lifetime of writing poetry Miss P (facebook link) unleashed herself and is now performing live around the north west and beyond. Every performance has brought rave reviews, and her poems straight from the heart are read with such passion that they bring smiles, tears, laughter, and rage. Covering topics from love, life, social injustice, and riots.

Cosmo makes his first appearnce in Lancaster, after touring the festival and indie venue circuit all summer with his "Picket Line Party". Cosmo, man-with-guitar, has a unique style that brings together punk, folk, hip-hop, human beatboxing, bluegrass and cowpunk. Throw in a bit of stand-up comedy, tragedy and mayhem and you've got it.

The Dead Class are no strangers to The Yorkie. They return in September having recently released their third album, Stick on Antipop Records. Mixing molested pop songs with punk rock, folk, ska, crack cocaine and calpol is what gives the dead class it's unique and disturbingly tasty flavour!