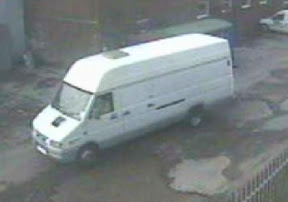 Morecambe police are appealing for information after thousands of litres of diesel was stolen from an industrial estate.

Sometime over the weekend, between the 1st and the 3rd of October, over 2,000 litres of diesel was taken from a storage unit on White Lund Industrial Estate and police have released CCTV images to help with their appeal.

One of the CCTV images shows a large white van entering the compound where the storage unit was at around 5.51pm on Saturday and two men getting out of the van. It is believed they were able to access the compound by breaking the padlock that was securing the gate. 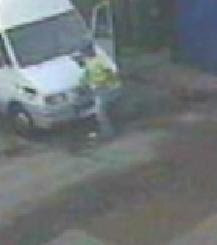 A short while later, three men were seen going between the van and the storage unit before getting back in the vehicle at around 6.30pm and leaving the site.

It's believed that they have then returned the next night and continued to remove more diesel.

It is also thought that the offenders had used foam, or a similar substance, to cover the number plate of the van.

PC Peter Bennett said, “This was a calculated and pre-planned theft of a huge amount of diesel and I am extremely keen to trace these people as soon as possible. 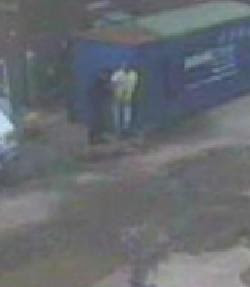 “We believe the van approached the compound from the general direction of the traffic lights at the junction with the Heysham bypass and then left in the opposite direction towards ASDA.

"I would urge anyone who may have been in those areas around the times of the offence to come forward if they think they have any information that might help with the investigation.

“The van has a distinctive black square marking, what appears to be a sunroof, and vents by the back doors and I am hoping that by offering this description and the CCTV images that it may jog someone’s memory.”

• Anyone with any information is asked to contact police on 08451 25 35 45 or you can contact the independent charity Crimestoppers anonymously on 0800 555 111 or on-line at Crimestoppers-uk.org. No personal details are taken, information is not traced or recorded and you will not go to court.
Posted by John Freeman at 12:00