Stand Up For Celebrity Mastermind winner Andi Osho at The Dukes 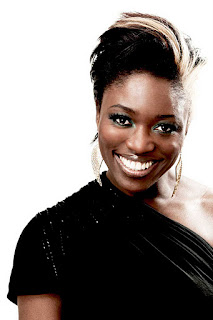 Fresh from her sold-out national tour and sell-out run at last year’s Edinburgh Fringe Festival, Andi presents her latest solo show – All The Single Ladies – in Lancaster on 1st February 2012.

A familiar face on top television comedy shows including Live At The Apollo, Mock The Week and Stand Up For The Week, the comedian was most recently seen on television winning an episode of Celebrity Mastermind, much to the comdeienne's obvious delight on her official Twitter feed.

Originally an actor, Andi has been on the comedy circuit for three years, making a name for herself with her distinctive individual style and appearance.