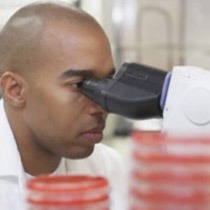 In a speech at Policy Exchange this week, Universities and Science Minister David Willetts argued that that our greatest national assets - our universities, our science facilities and researchers - are the best single hope for making our way in the high-tech world of the future, creating jobs and opportunities and boosting high tech economic growth.

His far-ranging speech may mean that despite the cuts to spending, the government will invest in Lancaster University's planned Science Park, which was given planning permission back in 2009.

The University has long been champion of the sciences and recently opened a new Chemistry Department - the first closed back in 1999.

Last November, Andrew Dobson, head of regeneration and development at Lancaster City Council, one partner on the Park plan, said developers behind similar ventures had assured him the park could still be viable.

Current proposals include a 34,000 square metre park housing technology and knowledge-based businesses and an innovation centre.

"If properly nurtured they can ensure that Britain will be up there as a leading location for research in the physical and life sciences and beyond. Britain can be the preferred location for companies’ R&D," the Minister argued in his speech. "We can have world-class industries using cutting-edge technologies. We can have a prosperous future with a role in the world.”

Building on far-ranging discussion documents that include contributions from Lancaster University staff projecting possible scenarios for Britain's future well into the 21st century, he set out a plan to help Britain become the best place in the world for science and research and announced:

- An invitation for proposals for a new type of university with a focus on science and technology and on postgraduates (although here will be no additional Government funding)
- The creation of a new Catapult centre in satellite applications, providing businesses with access to orbit test facilities, to develop and demonstrate new technologies
- Setting up Leadership Councils in E-Infrastructure and in Synthetic Biology bringing together key players to drive forward private investment and innovation
- An ambition for universities funding from external sources to grow by 10% over the next three years
- An aim to get more universities into the top 100 in the world

He also released reports on the impact of research sponsored by the Research Councils and the Government’s e-infrastructure strategy.

Outline planning permission – effectively permission in principle – was granted for the University's Science Park, which is being developed jointly by the city and county councils back in July 2009.

Detailed permission was granted for a new access to the proposed park, along with an internal spine road and landscaping, but since then, the original government body involved, the Northwest Regional Development Agency, which funded the city council’s £2.3m purchase of the land, has been axed.

The Science Park partners had hoped that the NWDA would contribute towards £7m of infrastructure works including roads, drainage and power supplies. Without that funding, other ways of funding the works is being sought.