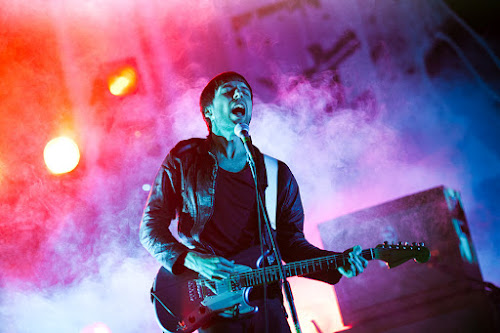 The most anticipated festival in the Lake District, Kendal Calling are set to make a big announcement this week about this year's line-up and open the flood gates once more as tickets go on sale.

With tickets released at 9.00am on Thursday 23rd February, the news of the first crop of hand-picked line-up will also be unleashed at the same time with info revealed across the festival's official website, facebook and twitter.

Nominated for Best Small Festival in the 2012 NME awards, Kendal Calling, which takes place at Lowther Park, have delivered a sold out event every year for the past six years attracting revellers from all over the UK.

Last year's festival sold out in record time, scooped a music industry award, broke a World Record for the World's largest mint cake, and had some of the most legendary performances to date in the fields. Acts included openers House of Pain, Beardyman, Frank Turner (who made the whole main stage crowd sit down and jump up at his command), The La's the Houseparty, Happy Slap Boutique... Plus lots of crazy circus antics, tight rope walking, a plethora of stunning decor including the festival's very own version of the Loch Ness Monster... Bownessy!

The event is set to return bigger and bolder than ever before this year, with a multitude of additions and tweaks to make the party even better.

Kendal Calling HQ have teased music fans about the 2012 line-up already, saying that they've secured another spellbinding bill of acts set to grace the 11 stages along with a myriad of performers, art and exhibits all set to descend on one of the UK's most breathtaking festival sites.

With areas including Mainstage, GLoW dance tent, Calling Out new music stage, Kaylied tent, Soapbox, Kids Area, Kendal Calling real ale festival, Garden of Eden, Village Green and the Houseparty, Kendal Calling has something for everyone. We're looking forward to hearing what's to come, just a taster of the 2012 line-up with hundreds more acts across all 11 stages to be announced over the coming months.