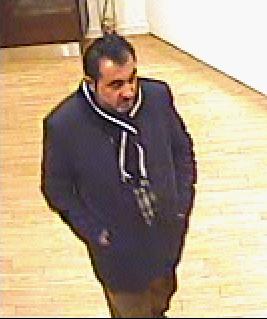 Police are appealing for help in tracing a man they want to speak to after a theft from Wave Contemporary Jewellery store on Marketgate, Lancaster.

Initially, he wanted to pay some of the bill with cash and handed over an amount of money before asking for it back and telling the shop assistant that he would pay by bank card instead.

The offender then told staff that he wanted to get his wife and that he would be back in 30 minutes.

He left the store taking the three rings with him but did not return later with his wife.

“I would appeal to anyone who recognises the man in the CCTV image to come forward and contact the police," PC Julia Whitehead from Lancaster police said.

“Over £12,000 worth of goods have been stolen and the person responsible needs to be caught and brought to justice.”

• Anyone with information can call Lancaster Police on 101 or contact the independent charity Crimestoppers anonymously on 0800 555 111 or on-line at Crimestoppers-uk.org. No personal details are taken, information is not traced or recorded and you will not go to court.