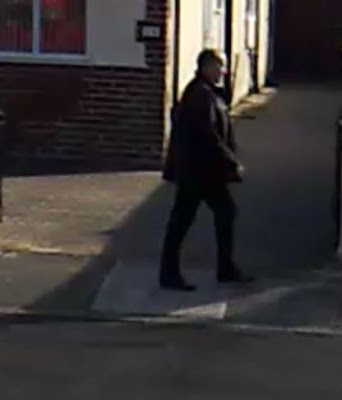 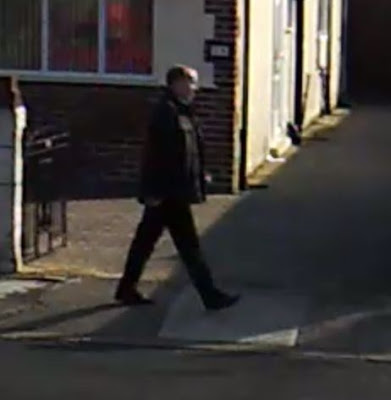 Local detectives have released CCTV images and are re-appealing for information following a distraction burglary at the home of a 93-year-old man in Morecambe.

Between 1.55pm and 2.20pm on Tuesday 26th February, a man called at the elderly gentleman’s home on Lichfield Avenue.

The 93 year old mistook the man for someone he knew and invited him in.

Once inside, when the man was distracted, the offender went into the rear bedroom, searched a wardrobe and took a wallet containing cash and a debit card before leaving the property.

Officers have released CCTV images of a man they are looking to speak to in connection with the offence who was seen in the area around the time.

Detective Constable Gareth Beaty said: “If anybody has any information about this burglary I would urge them to contact police. Did you see anyone acting suspicious in the area at the time, or maybe recognise the person in the CCTV images? If so, please come forward.

“I would also like to take the opportunity to urge people to be vigilant and if you’re unsure then don’t let them in.”

Anybody with any information can contact police on 101 or Crimestoppers anonymously on 0800 555 111 or on-line at Crimestoppers-uk.org.

No personal details are taken, information is not traced or recorded and you will not go to court.