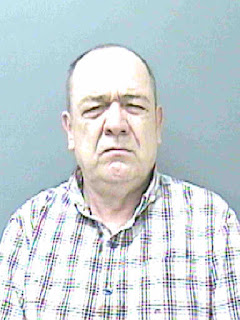 Stewart, 61, of Broadway, Lancaster, had pleaded guilty at an earlier hearing to two charges of obtaining mortgages under a false name and false employment, to a total value of £190,000.

He also pleaded guilty to fraudulently obtaining income support to the value of £44,250.

This relates to incidents dating back to 1995. In 2011, during the course of an investigation into matters of theft, police entered an address on Brook Road in Heysham, which John Stewart had bought using a false identity. During a search of the property, officers discovered bank documentation which sparked an investigation into suspected fraud offences.

He was sentenced at Preston Crown Court.

Speaking after the sentencing, PC Stephen Dixon, Financial Investigator, said: “We are very happy with the sentence given today and hope that it sends out the message that Lancashire Police are dedicated to tackling fraud. This has been a complex investigation and by working closely with our partners at the Department for Work and Pensions we have been able to present such strong evidence against John Stewart. “

Vernon Sanderson, DWP Regional Fraud Manager said: “This case typifies the results that are being realised through the excellent joint working relationship between Lancashire Police and the DWP. Without our police colleagues' help, this fraud would have continued for some time, but now another benefit thief has been stopped in his tracks.

"Continued cooperation between law enforcement bodies will ensure many more are brought to justice.

"Social Security Benefits are intended for those in most need, not to line the pockets of benefit thieves.

I would urge anyone who has any information about Benefit Fraud to contact the National Benefit Fraud Hotline on 0800 854440.”
Posted by John Freeman at 16:18