Four years for Morecambe man who shot neighbour in the head 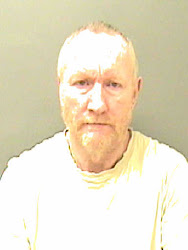 60-year-old Morecambe David Bradburn has been jailed for four years after he shot his neighbour in the head with an air pistol.

Bradburn, of Lancaster Road, pointed the gun at the man in a communal area where they both lived on the afternoon of Wednesday 20th March.

Bradburn claimed the man looked at him wrongly, asked if he knew what the gun was before he shot him in the head six times. Even when the victim ran away, Bradburn carried on shooting and the neighbour ended up having to have surgery to remove the pellets.

Bradburn pleaded guilty at an earlier hearing to a charge of assault causing actual bodily harm as well as possession of an air weapon with intent to cause fear of violence.

He was sentenced at Lancaster Crown Court earlier today (Friday 3rd May).

Speaking after the sentencing Sergeant Fiona Jackson said: “This was a shocking and unprovoked attack. The victim required surgery to remove the pellets and was lucky he was not more seriously injured. I am pleased a custodial sentence has been given today and hope it acts as a warning to other people to highlight just how dangerous air pistols can be.”