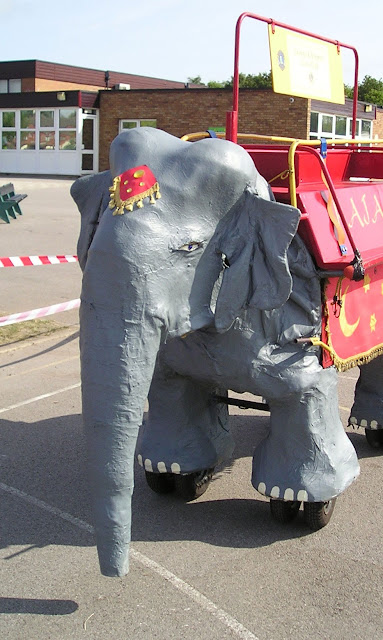 On 31st August 2013, Halton Mill will open as a low carbon enterprise hub and the guest of honour will be Rajah, a seven foot high mechanical elephant who was created there more than 60 years ago.

When Halton Mill was owned by Luneside Engineering, many high specification components were produced within the Mill’s old walls. Perhaps the most original and surreal product were the (almost) life-sized mobile mechanical elephants that Luneside Engineering made from the late 1940s for the tourism firm Macadese Entertainment Ltd. The elephants were powered by 250cc petrol engines, could carry six children and soon became a fixture on the Morecambe promenade.

Luneside Engineering applied its passion for precision to the manufacture of these elephants, using plaster workers from Paris to create a realistic facade to conceal the mechanical innards.

Demand for the elephants grew and soon children all over Britain were enjoying the surreal thrill of riding an elephant down a windy promenade. This demand sometimes took its toll on the patience of the Luneside Engineering staff. Its founder, Mr Benirski, once spent the night in a Portsmouth jail because all the hotels were full.  Each winter elephants returned to Halton Mill for maintenance before returning to the seaside.

Then Britain discovered the joys of the Mediterranean spelling the decline of the great British seaside holiday and of the elephants. Luneside Engineering closed in 2004, and the site was bought a few years later by Lancaster Cohousing for their pioneering eco community.

“We got Halton Mill as part of the deal,” said Chris Coates, one of the original members of Lancaster Cohousing who has managed the renovation of the Mill.  “We decided to create a low carbon workspace for small enterprises, local people, community organisations, freelancers, artists and crafts people, and to give it a community feel.”

One day Chris was talking to a tree-surgeon who said he had been an apprentice at Luneside Engineering. The former apprentice told Chris about the elephants and that a photograph existed of an elephant walking out the Mill’s double doors.

A quick Google search led Chris to the website cyberneticzoo, which provided a brief history of the elephants.

“What was truly exciting was a picture dated from 2010 showing a mechanical elephant used by the Crosby Lions, a charity involved in the Crosby Carnival,” said Chris, “I wondered whether this was one of ours.” 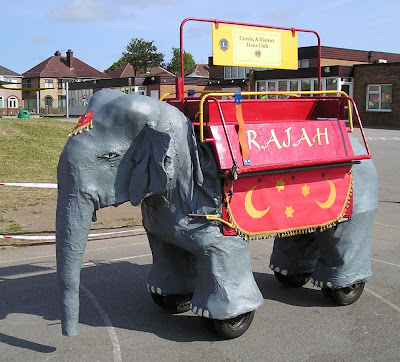 So Chris emailed the Crosby Lions to ask whether they still had the elephant. They did, an elephant called Rajah, but they were uncertain of his history. Chris sent Ivan Swainbank, the Crosby Lions “elephant handler”, patent blueprints for a Luneside elephant, and Ivan confirmed that Rajah was indeed made by the Lancashire firm.

At the end of August, Ivan has agreed to bring Rajah back to his birthplace, as the guest of honour for the official opening of Halton Mill where he will meet both former employees of Luneside Engineering and the future tenants of Halton Mill.

He will also be offering elephant rides, for children aged between 5 and 15 depending on their height. Everyone is welcome to the opening.