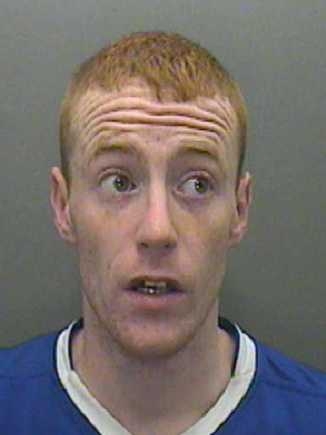 Police are appealing for information about a Morecambe man who is wanted on prison recall.

William John Morrison, 30, previously of Westminster Road, Morecambe was sentenced to 30 months in prison for a burglary he committed in May 2012 at a house on Warren Grove in Heysham.

Morrison has since been released from prison on licence but has breached the terms of that licence and therefore has now been recalled to prison.

Morrison is described as being white, around 6 feet tall, medium build, with blue eyes and short ginger hair.

He is known to have connections to the Lancaster and Morecambe areas but his current whereabouts are unknown.

Detective Inspector Bev Foster said, “We would ask the public, particularly in the Lancaster and Morecambe areas to be vigilant and to report any sightings of Morrison to the police on 101.”
Posted by John Freeman at 09:15