Consultation in autumn on future of Skerton High School 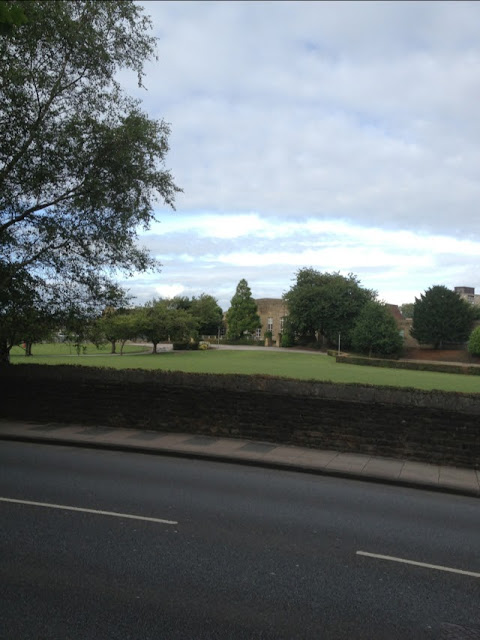 Lancashire County Council has confirmed it is to consult on the possible closure of Skerton High Community School, citing  low pupil numbers and teaching standards.

The Lancaster Guardian reported that more than 1,500 people signed petitions during a public consultation on that closure - and 104 objection letters.

Protest at proposals to close Skerton High School may be even louder. Parents of the 192 pupils have told local MP David Morris that six per cent of the pupils come from Gypsy, Roma and Traveller families, 40 per cent havespecial needs and 40 per cent are eligible for free school meals. They argue older students with special needs have also distorted the academic performance by being moved to the school in year 11 after the closure of
neighbouring schools.

The Lancashire & North West Magazine reports that Councillor Matthew Tomlinson, cabinet member for children, young people and schools, who signed off the decision to hold the consultation, told parent Hazel Parry, that Skerton Community High has "reached the stage where, in my opinion, it is no longer viable as a mainstream high school."

"We will do everything we can to fight this," Mrs Parry, mother of pupil Ethan Parry, 13, told the magazine in repsonse. "We don’t have a clue what we would do if the school closed.

"I am worried sick because this is the best school for Ethan. He has done absolutely brilliantly there. He has mild Asperger’s and he has come a long way since starting
at Skerton. We haven’t looked back."

When the proposal to close the school was mooted back in July, school governor Councillor Karen Leytham said she was deeply saddened and frustrated that Lancashire County Council had seen fit to announce the decision to consult on the future of the school immediately prior to the summer holidays.

"This extremely ill-timed decision has caused much anxiety and distress to pupils, parents, staff and governors alike," she said.

Announcing the consultation plans today, County Councillor Matthew Tomlinson said: "We've been talking to the governors of Skerton High about the school's future for a while.
"The discussions centred on three aspects of school life: pupils' academic results, Ofsted inspections, and – crucially – falling pupil numbers. The school's intake capacity is 90, but this year just 18 families put Skerton as their first choice.

"Academic results have remained stubbornly low and a recent Ofsted inspection rated ! the school as having serious weaknesses, so now we do have to look at the future of the school

"The consultation is open to everyone and I really hope that people will take the opportunity to tell us what they think and come up with ideas."

The consultation will start on 9th September, after the summer holidays. The timescale for the process is:

A consultation booklet containing full details of the reasons for the prop! osal and how to give your views will be available online as well as fr om Skerton High School and a number of other locations from 9th September.

A consultation event will be held at the school on 9th October from 4.30pm. A number of education officers from the county council will be present, to hear views and answer questions. Attendance is by appointment – details will be in the consultation booklet.

Skerton Community High School opened in 1934 and was originally a provider of education to both boys and girls, who were segregated; the boys being educated in the northern wing, while the girls were educated in the Southern wing.

A proposal to close the school in 2007 as part of a state modernisation programme collapsed. Locally, some have suggested the site has been suggested as a possible site for new housing on numerous occasions, despite its Art Deco-inspired architecture.

In recent years it has won an award in the National Healthy Schools programme, teaching
healthy eating to pupils with behavioural and emotional problem.

"Our ethos has always been to nurture and enable talent, whilst encouraging all students to care about and support each other," says headmaster Chris Snell of the school on its web site. "We provide smaller class sizes, excellent vocational opportunities, a clean, well resourced, friendly, caring and an academically robust school that puts children first. We are flexible in our approach to education, allowing us to provide an appropriate curriculum for each pupil.

"We make it our business to know our pupils individually and work with them and their families to ensure that their potential is achieved.

"This environment truly nurtures the belief that 'every child matters'."
Posted by John Freeman at 17:21