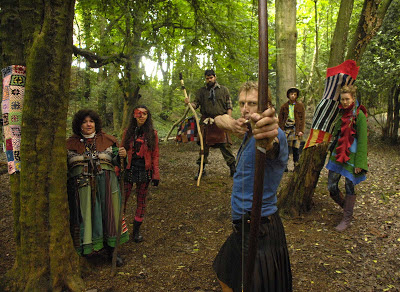 Robin Hood will be heading out of Lancaster in just a few days after spending his summer entertaining thousands of people in Williamson Park.

The Dukes new version of Robin Hood proved so popular that its run was extended for a week but on 17th August, the famous outlaw will fire his final arrow in the park.

During the July heatwave, Robin Hood was the hottest ticket in town as audiences enjoyed the return of the UK’s largest outdoor walkabout theatre event after a year’s break.

Exactly 20 years after The Dukes first presented Robin Hood outdoors, this summer’s version has been given a twist for a new generation of theatregoers while still retaining all the elements audiences have come to expect from promenading in the park.