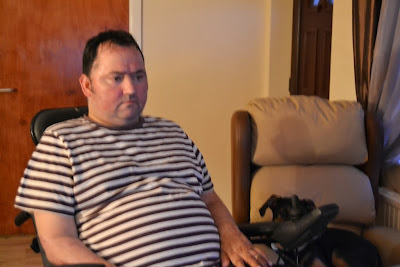 A Heysham firm which manufactures airport fuel tanks has been ordered to pay £91,000 in fines and costs after a father-of-three suffered horrific injuries in an explosion.

Karol Robaczewski was cleaning the inside of a 20,000 litre fuel tank, known as a bowser, when he was engulfed by a fireball that caused severe burns and left him almost completely paralysed.

Fuel Proof Ltd was prosecuted after an investigation by the Health and Safety Executive (HSE) into the incident at Middleton Industrial Estate in Heysham on 9th September 2011 identified serious safety failings.

Preston Crown Court heard the 38-year-old, from Morecambe, had climbed through a manhole cover on top of the six-metre-long tank and was cleaning the inside by applying a highly flammable solvent to a cloth and then wiping down the walls. 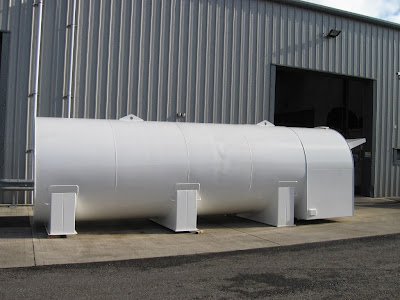 Mr Robaczewski decided that the lamp inside the tank was getting too hot and so he pulled the plug from its socket. As he did this, a spark caused the fumes to ignite and he was surrounded by flames, which were witnessed shooting into the air up to two meters above the manhole cover.

The fire was so hot that it melted the visor on his mask and his protective suit, so that only the elastic from the collar and cuffs were left.

Mr Robaczewski suffered multiple burns over most of his body, including his arms, legs and face, his hair and eyebrows were burnt off, and his lips badly burnt. He was in hospital for three months and is now almost totally paralysed.

The HSE investigation found the method of cleaning the fuel tanks with a highly flammable solvent had been used since 2007, but Fuel Proof had failed to carry out any kind of risk assessment.

There was no supervision of workers or monitoring of the fumes inside the tank, and the masks and lighting provided were entirely unsuitable.

The court was told the tanks needed to be spotlessly clean before being delivered to customers in the aviation industry to avoid dirt getting into the fuel used by aeroplanes. Workers took it in turns to clean each tank as the build-up of fumes from the solvent made them feel sick.

The day after the incident, the company decided it did not need to use a solvent to clean the fuel tank and instead used soapy water.

“Karol suffered horrific injuries in the explosion and will need to use a wheelchair for the rest of his life," said HSE Inspector Rose Leese-Welle after the hearing.

“It is shocking that Fuel Proof allowed workers to use a highly flammable solvent to clean the inside of fuel tanks for four years without giving a single thought to the risks.

“What’s even more appalling is that there was never any need for workers to use solvents to clean the tanks, as the company now uses soapy water to clean them out.

“Firms should carefully consider whether they actually need to use flammable substances and, if they do, then find a safe way of using them, so that no one else has to suffer the terrible injuries inflicted on Karol.”

“I wish that what has happened to me never happens to anyone else," says  Mr Robaczewski. "I am not able to lift my arms, move my legs and feet or hold anything in my fingers and hands.

“Every morning after breakfast, I am moved into my wheelchair and stay there until it’s time for bed.

“Generally, I am very bored and frustrated. I am not able to do anything I used to do before the accident such as drive a car, go to karate sessions or play my trumpet which I played since the age of 12.

“I can’t play football with my son or give my children a cuddle, and my life will never be the same again.”

• Information on preventing workplace fires and explosions is available at www.hse.gov.uk/fireandexplosion