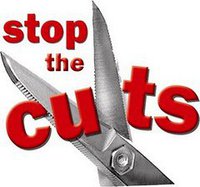 Lancashire County Council has announced the beginning of a consultation on proposals for its budget for 2014/15.

As part of the consultation, the council is asking for views on a proposed 1.99% increase in council tax for the coming financial year.

"The council is under unprecedented financial pressure because the Government – which provides the bulk of our funding – is going to make huge cuts to the county council's budget for another four years, on top of the three years it has already done so. This has a direct impact on the services we can provide to lo! cal communities.

"In proposing this 1.99% increase, we're actually asking people to pay slightly less council tax than they were paying two years ago, but the extra funds would make a real difference to local services.

"It means 41.5p per week more for a band D property but would bring in an extra £7.3 million a year for the council which could pay for 180 children's social workers, or repair nearly 300,000 potholes. It will certainly go some way to close the £300 million funding gap the council faces.

"We realise that times are tough for most people in Lancashire but hope council tax payers will understand why we are proposing this and that it really will help to protect local services."

Proposals for savings have been presented to the last three cabinet meetings, identifying £133 million of the required £300 million savings needed over the next four years.