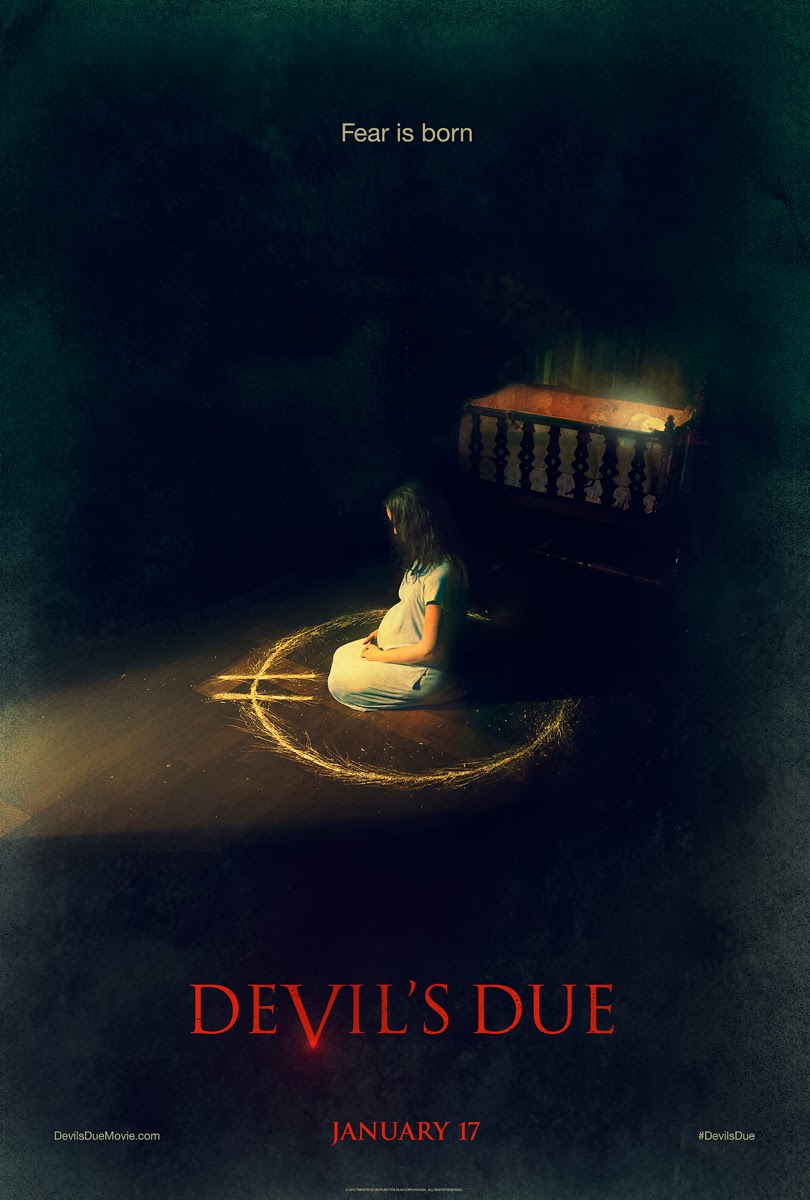 For up to date local cinema links and day-by-day listings every week visit the Virtual-Lancaster Cinema Page. Read on for the weekly round-up, official film links and reviews.

The period is marked by two new releases, horror with Devil's Due (15) and drama with The Wolf of Wall Street (18).

For lovers of culture both The Reel and the Dukes are screening Bolshoi Ballet: Jewels. Meanwhile the Dukes continue with their excellent Gothic season with screenings of the cult film The Wicker Man (the original starring Edward Woodward and Christopher Lee with newly discovered material) and the 1957 black and white classic Night of the Demon.

Anchorman 2: The Legend Continues
Director: Adam McKay
Certificate: 15
Cast includes: Adam McKay, Paul Rudd, Kristen Wiig, Christina Applegate, Steve Carell, Will Ferrell
San Diego's newsman Ron Burgundy returns for the sequel to the original 2004 Anchorman film. The film is set in the 80s at the GNN 24 hour news network. We find Rob little changed; egomanical, blunt and as idiosyncratic as ever and the action again has a strong element of the surreal. The film has a few cringe worthy moments but is a real 'laugh out loud' comedy that is a worthy successor to the original movie.

Devil's Due
Director: Matt Bettinelli-Olpin , Tyler Gillett
Certificate: 15
Cast includes: Allison Miller, Zach Gilford
Newly-weds Allison Miller and Zach Gilford return from their honeymoon having conceived a baby rather earlier than they had planned. The husband decides to record the pregnancy for posterity, but finds his wife showing rather odd behaviour. With time her behaviour becomes more extreme and there are suggestions that their baby has a sinister origin as a mysterious cult takes an interest in its welfare. This is a horror film in the tradition of Rosemary's Baby and whilst it does not break new ground with regards to plot, it merits a trip to the cinema.

Free Birds
Director: Jimmy Hayward
Cast includes: Owen Wilson, Keith David, Colm Meaney, Woody Harrelson, Amy Poehler, Dan Fogler
Two turkeys, Reggie and Jake, use a time machine to attend the first Thanksgiving meal in an attempt to get turkey removed from subsequent thanks-giving dinners. Reggie is from a free-range turkey farm and he realises why turkeys are being fattened!  Jake has the vision of commandeering the time machine in an attempt to change history. The film has some romantic interest with Reggie falling for Jenny, a turkey he meets during the adventure. In all the plot of this animation seems a little over complicated and the film contains some rude humour that may not be appropriate for the very young. In all an entertaining movie but one that is not destined to become a classic.

Frozen
Director: Chris Buck
Certificate PG
Cast Includes Kristen Bell, Idina Menzel, Josh Gad,Alan Tudyk, Jonathan Groff
This Disney musical animation is loosely based on the fairy tale 'The Snow Queen'. The queen has condemned a kingdom to eternal winter. It is up to Anna (her sister) and loner Kristoff to undertake an epic journey to find the Snow Queen and convince her to lift the icy spell. This is a magical movie destined to become a classic. It will appeal to families and children of all ages.

Philomena
Director: Stephen Frears
Certificate: 12A
Cast includes: Judi Dench, Steve Coogan
A quaint and charming film based on the book 'The Lost Child of Philomena Lee' by Martin Sixsmith. Philomena (Dench) is an Irish woman who had her baby taken from her for adoption in the USA whilst she was forced to live in a convent after becoming pregnant out of wedlock. Much later in life she enlists the help of Sixsmith to try to discover the whereabouts of her lost son. Coogan produced the film and co-wrote the screenplay. He plays Sixsmith, the journalist who has fallen out of favour. Both Dench and Coogan give superb performances in this funny and heartwarming, if a little sentimental, film. Well worth seeing.

The Hobbit: The Desolation of Smaug
Director: Peter Jackson
Certificate: 12A
Cast includes: Ian McKellen, Martin Freeman, Benedict Cumberbatch, Evangeline Lilly, Richard Armitage
In this second installment of the Hobbit, we find Bilbo Baggins and his group of comrades continuing in their journey to the Lonely Mountain in order to extract gold from the dragon Smaug whist being pursued by an army of Orcs. This film is a splendid action adventure, more so than the first of the trilogy. It is imaginative, with plenty of special effects and a block buster feel about it. However it again puts action above developing the characters of the protagonists. A movie that will leave you anticipating the concluding film in the trilogy.

The Railway Man
Director: Jonathan Teplitzky
Certificate: 15
Cast: Nicole Kidman, Colin Firth
The story of Army Officer Eric Lomax (Colin Firth), this film is based on Lomax's memoir. Lomax was a POW during world war II, tortured and brutalized whilst forced to work on the Burma Railway. The film, set in 1980, tells of his meeting, courtship and subsequent marriage to Patti (Nicole Kidman). The background of Lomax is shown in flashbacks as Patti herself learns of his history from one of her husbands fellow POWs. Patti encourages Lomax to face his demons and return to the place of torture. Here he discovers an old Takashi Negase, who was one of his torturers. The acting of Kidman and Firth is excellent and the flashbacks of Lomax's experience as a POW are strong and harrowing. However the end of the film does not quite live up to the tension built up during the movie.

The Secret Life of Walter Mitty
Director: Ben Stiller
Certificate: PG
Cast: Ben Stiller, Kristen Wiig, Shirley MacLaine
A re-telling of James Thurber's 1939 story. Walter Mitty (Ben Stiller) survives his humdrum existence in a boring office job by escaping into a fantasy world of action and adventure. However when his job becomes threatened he is forced to take action in the real world, undertaking an adventurous journey that rivals those of his daydreams. This film has some entertaining moments but on the whole proved to be a rather lightweight comedy

The Wolf of Wall Street
Director: Martin Scorsese
Certificate: 18
Cast includes: Leonardo DiCaprio, Margot Robbie, Jonah Hill, Kyle Chandler
The story of New York stockbroker Jordan Belfort (Di Caprio) who rose from penny stocks to a life of affluence and corruption as he founded the brokerage firm Stratton Oakmont. His life of drugs, sex and ruthless achievement led to his title of 'Wolf of Wall Street'. Scorsese has produced a hard hitting and fast moving film and Di Caprio's acting rises to the challenge of portraying Belfort. However after building up Belfort as a monster, the film seems to say little about the morality of this sort of life and thus ultimately does not come to any satisfactory resolution. Hence the movie seemed to lack any real depth.

For up to date local cinema links and day-by-day listings every week visit the Virtual-Lancaster Cinema Page. Read on for the weekly round-up, official film links and reviews.
Posted by Unknown at 00:31