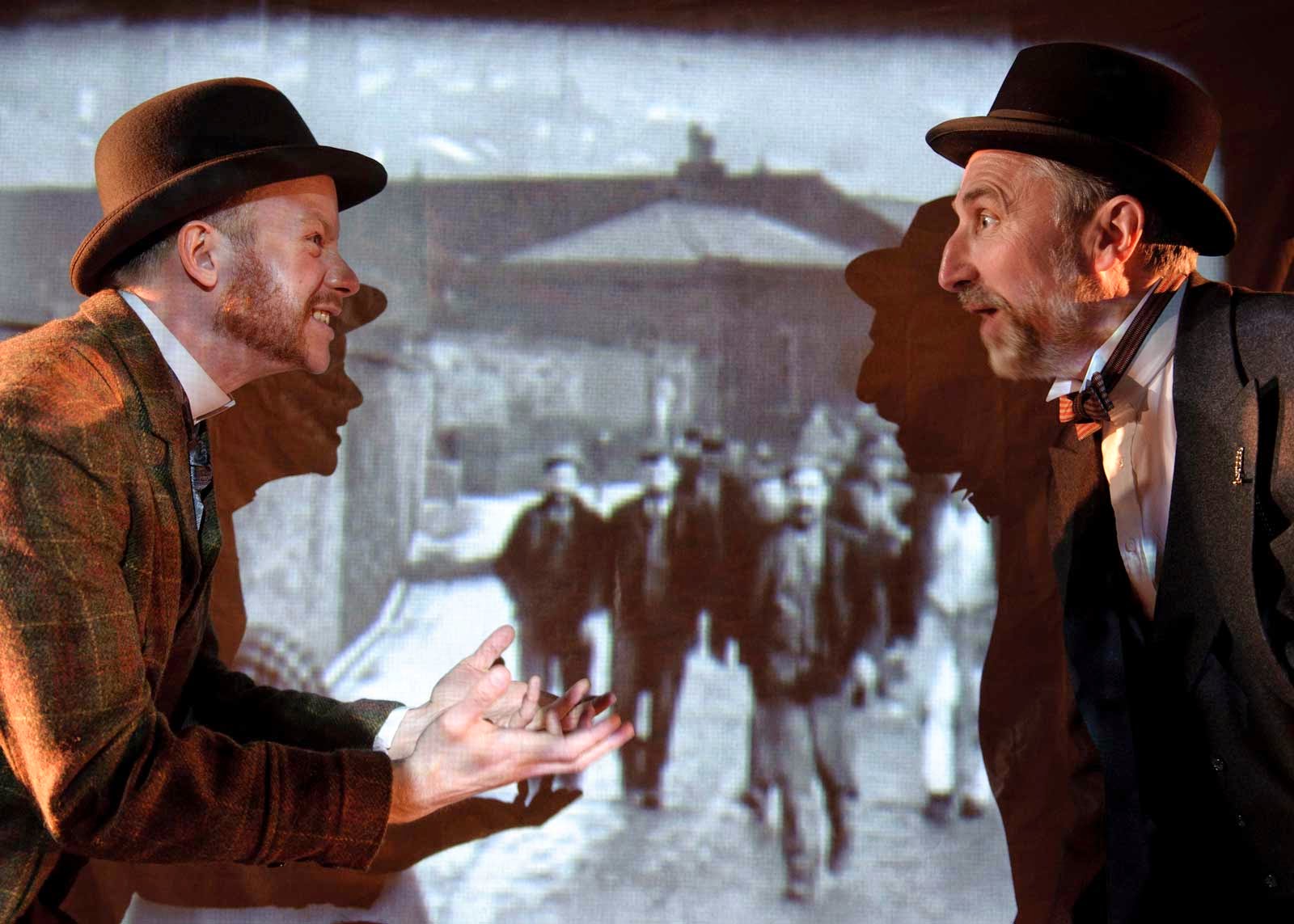 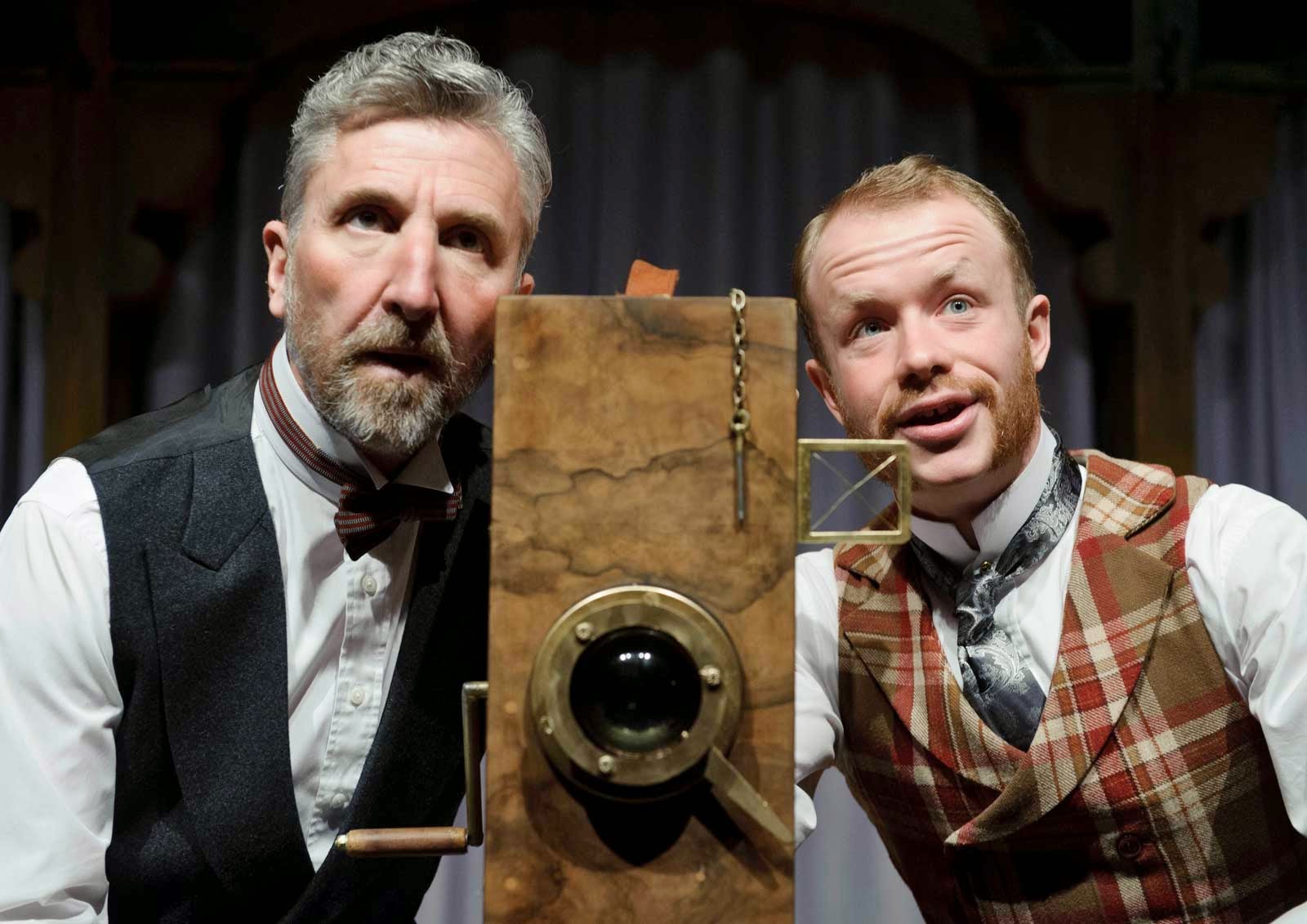 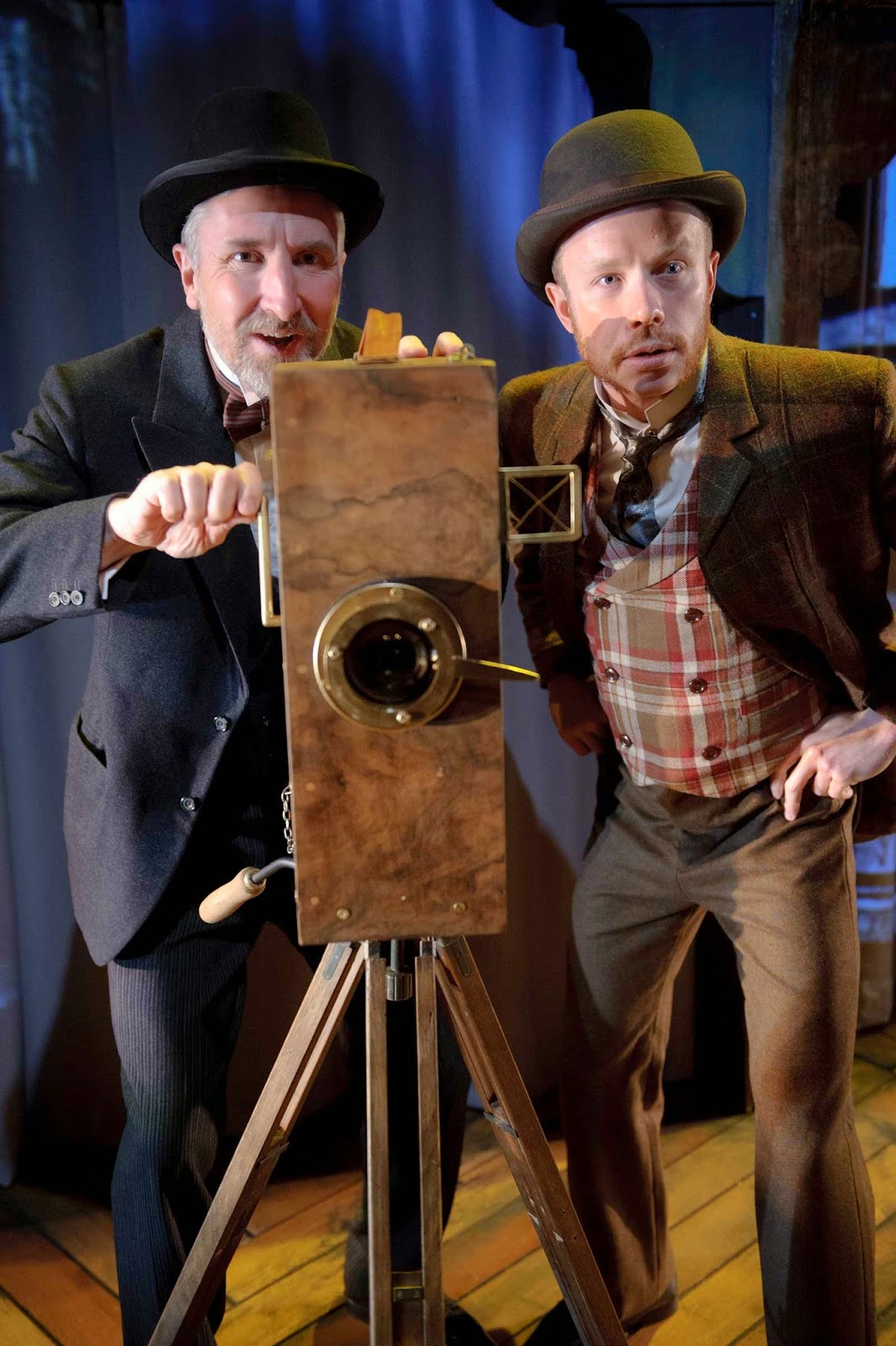 Here are a selection of production shots for The Life And Times Of Mitchell & Kenyon which runs at The Dukes in Lancaster from  19th April until 10th May and at Oldham Coliseum Theatre from 15th - 31st May.

Blackburn, 1995. In a dusty old shop two workmen make a startling discovery when they unearth a treasure trove of film reels once thought lost to the ages.

Blackburn, 1897. Sagar Mitchell and James Kenyon make their first factory-gate films and embark on a filmmaking partnership that will change their lives forever.

Daragh Carville’s brand new play celebrates the life and times of Lancashire icons Mitchell & Kenyon. Celebrate the spirit of the music hall in a show – no, an extravaganza! - full of songs, laughter and the original films themselves.

Spend an evening with these film-making pioneers who showed audiences their world as they had never seen it before and made cinema history along the way.

Director Amy Leach (Sabbat) and film projection specialists imitating the dog combine theatre and film to tell this unique tale of the birth of modern cinema.

• Watch the films of Mitchell and Kenyon FREE OF CHARGE on the new BFI Player
Posted by John Freeman at 17:34