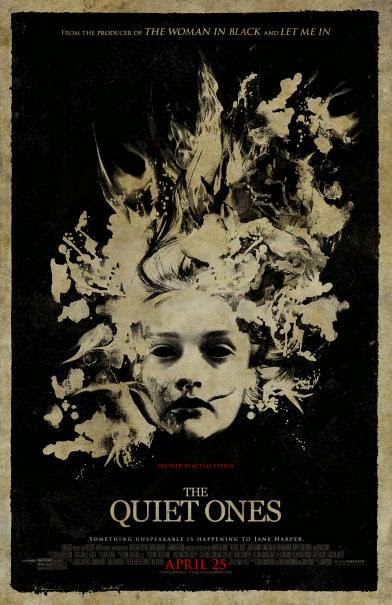 On the other hand we have lost 300: Rise of an Empire, The Book Thief and Need for Speed. However the films Epic and Mr. Peabody and Sherman are again being screened.

There are a number of excellent films currently being screened, including Science Fiction adventure with Divergent & Captain America: The Winter Soldier; Big screen drama with Noah and comedy with Muppets Most Wanted.

For alternative viewing pleasure the compelling Under the Skin can be recommended at the Dukes. They also have a one day viewing of 12 Years a Slave in case you have not yet caught this must see movie.

12 Years a Slave
Director: Steve McQueen
Category: 15
Cast Includes: Chiwetel Ejiofor, Benedict Cumberbatch, Brad Pitt, Sarah Paulson, Michael Fassbender
Set in the 1800s, New York black man Solomon Northup (Chiwetel Ejiofor) is drugged, kidnapped and sold as a slave to a New Orleans Plantation. Here he works for slave-master Epps (Michael Fassbender) who is a sadist, dishing out sexual abuse. The film is based on an 1853 memoir by Solomon Northup, the script being co-written by Steve McQueen and John Ridley. This is one of the finest films about American Slavery. It is very visceral, with Nothup trying to maintain dignity amidst the violence of the movie. Very well shot and splendidly acted, this is the must see film for 2014.

Endless Love
Director: Shana Feste
Certificate: 12A
Cast includes: Alex Pettyfer, Gabriella Wilde
All the classic ingredients of teen romance when privileged girl Jade meets handsome boy David but their parents try to keep them apart. David exacerbated the situation when a stupid prank results in the destruction of Jade's house. The movie is based on the novel of the same name by Scott Spencer but struggles to capture the power of the original, leaving a film that does not really explore the characters of the lovers and fails to convince an audience.

Epic
Director: Chris Wedge
Certificate: U
Cast Includes: Amanda Seyfried, Beyonce Knowles, Colin Farrell
An animation for all the family from the people who made Ice Age and Rio. Mary Katherine (MK), a young girl who has recently lost her mother, moves in with her scientist father. He is engaged in observing the tiny folk who live in a nearby forest, and MK finds herself transported into this miniature realm. Here she joins a team of comical characters to save the world. This film has excellent animation and introduces a number of particularly cute and funny characters. It is aimed at children and should not fail to entertain. However for this reviewer it did not quite live up the the Ice Age movies.

Mr Peabody & Sherman
Director: Rob Minkoff
Certificate: U
Cast Includes: Ty Burrell, Max Charles, Ariel Winter
A DreamWorks comedy animation. Mr Peabody is a dog, but this does not stop him being an inventor, scientist, sportsman and general genius. Accompanied by his boy Sherman, the duo use their WABAC time machine in order to impress Sherman's friend Penny. However during their adventures meeting famous characters of history,they accidentally rip a hole in the Universe. As a result they must repair history in order to save the future. A great yarn and appealing family movie. There is little here to offend the youngest of children, and some of the jokes will entertain an older audience.

The Quiet Ones
Director: John Pogue
Certificate: 15
Cast includes: Sam Claflin, Erin Richards, Jared Harris, Olivia Cooke
A Hammer Horror film set in 1974. Professor Coupland (Harris), helped by a group of university students, relocates to a country estate in order to try an unorthodox cure for a mentally unstable woman Jane Harper (Cooke) with malignant alter ego Evey. The experiment is recorded by cameraman Brian McNeil (Claflin). This is a stylish movie with impressive visual effects. However the performances of the students are a little wooden and the film does not break any new ground. However in all a competent and gripping horror film.
Posted by Unknown at 13:01