Roses all set to bloom at Lancaster University

3000 students, 40 activities and 120 fixtures are all lined up for the annual Roses tournament, the traditional battle between Lancaster University and the University of York.

Staged by Lancaster in its 50th year, this major sporting event, also celebrating a milestone golden anniversary, promises to be a real treasure trove of events from 2nd May to 4th May.

And it’s fingers crossed that Lancaster, on home turf, will be taking back both trophy and triumph in front of a home crowd with the overall score standing at York 25 – Lancaster 23 and one draw.

With everything from the more traditional rugby, netball and football to ballroom dancing, fencing, a bake-off and a ‘university challenge’ event, this year’s Lancaster University Students’ Union-organised event will be even bigger and better.


The opening ceremony on the Friday evening (2nd May) heralds the start of the fun-filled weekend. It will feature performances by student groups and an array of traditional sports theme songs guaranteed to set emotions running high.

This will be followed by the men’s football match, which kicks off at 7.45pm.

Tickets for the opening ceremony, which are all free, were snapped up fast and it has now sold out. The university has brought in a special covered stadium for the event to ensure spectators get the best views of sports on the main pitches.

On the Saturday Olympic track cyclist gold medal winner and Lancaster University alumnus Jason Queally, complete with Sydney 2000 gold medal, will be the guest of honour at Saturday’s event when he is due to take part in the community-focused ‘Mass ParticipationBike Ride’ in aid of the Lancaster Guardian’s St John’s Hospice Appeal.

The open event encourages people to don their cycle helmets and start pedalling in this family-friendly, all-level, bike ride, which starts from Lancaster University Sports Centre at 10.00am.

Afterwards Jason will talk about his ‘journey’ into cycling at Lancaster University Sports Centre at noon when he hosts a question and answer session.

And on the Sunday Chancellors (Sir Chris Bonington and Greg Dyke), Vice-Chancellors and Students’ Unions presidents from both universities will go head-to-head in a crown green bowling match on the green at the back of the sports centre.

A special Roses Village set up on the Sports Centre car park will provide the main hub throughout the whole weekend complete with score centre, food and drink stalls, event merchandise stands and additional entertainment.

This will also be the setting for a ‘strawberries and fizz’ alumni reunion on the Saturday between 11am and 3.30pm.

The weekend will also feature at least eight alumni sporting events which will include at least one family battle when Lancaster alumnus Ben Holden meets his York alumnus father, Martyn, on the squash court. 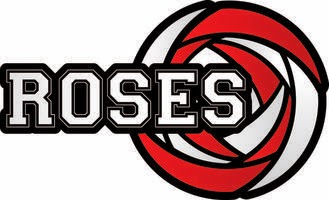 “The Roses is on a much bigger scale this year,” says Lancaster University Students’ Union Vice President (Activities) Emily Pollitt. “We have got more clubs, societies and people involved and, in its 50th year, the event promises to be an excellent tournament. We would love the local community to come and see what’s happening on campus over the Bank Holiday weekend.”

• For more information about the weekend go to www.roseslive.co.uk
Posted by John Freeman at 13:23