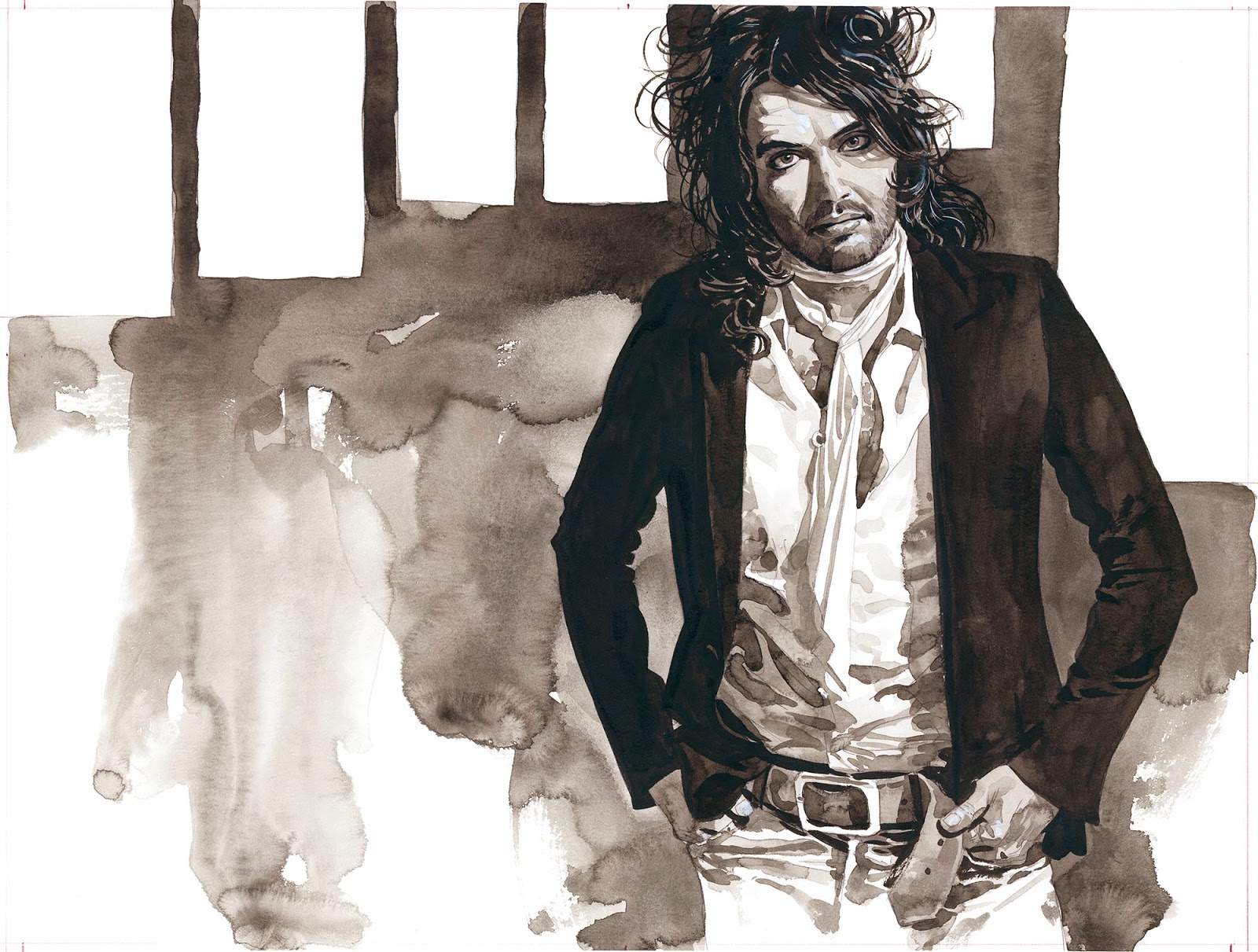 Festival patron Sean is a regular at Baba Ganoush, drawn(!), we're told by their much-loved fishfinger sandwiches, and the exhibition includes the portrait of comedian Russell Brand, above. It's another great example of how the Festival has got local business involved in the three day comics event, that enthusiastic particaption even more in evidence when the Windows Trail launches.

Drawing comics professionally since the age of 15, Eisner Award winning Sean Phillips has worked for all the major publishers. Since drawing Sleeper, Hellblazer, Batman, X-Men, Marvel Zombies and Stephen King’s The Dark Tower, Sean has concentrated on creator-owned books including Criminal, Incognito, Seven Psychopaths and Void. He recently finished drawing Fatale and is now working on Fade Out, a new project with his collaborator Ed Brubaker that's part of a major five-year creator-owned project deal with the US publisher.

“It’s great to be involved with any festival that is interested in promoting the vast range of comics out there," says Sean. "Comics is a medium, not a genre. It’s not just superheroes and The Beano, and this festival is a good chance to see that there are comics for everyone, no matter what their interests are. "Comics can be used to tell any type of story in any genre, and that should be celebrated.”

Sean will be appearing at the Lakes Festival alongside designer and artist Rian Hughes for an event titled "Divas and Fatales".

• Check out Sean's web site at: www.seanphillips.co.uk
Posted by John Freeman at 11:54