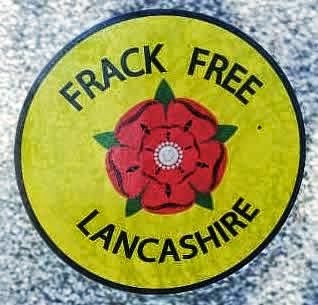 Lancashire County Council has scheduled two days in January 2015 for its Development Control Committee to make decisions on planning applications for shale gas development at two sites in the county.

Shale gas is extracted through 'fracking', a process by which large companies get permission to industrialise huge swathes of Lancashire countryside, drill bore holes, inject water into the ground to get at the gas potentially causing earth tremors, all with the blessing of from both government and other major political parties who still think chasing the last scrap of fossil fuels is the solution to our energy problems.

(Since mainstream media tend to repeat the same mantra about the fracking process in an effort to bore you to death, we thought we'd spice it up for you as a Christmas gift).

The council's Development Control Committee is due to determine applications from energy firm Cuadrilla to drill, frack, and test gas flows, with associated separate applications for environmental monitoring, at two sites in Lancashire - Preston New Road at Little Plumpton, and Roseacre Wood at Roseacre.

Friday 30th January has also been set aside for the continuation of the committee meetings in case a decision has not been reached on previous days.

The council's planners have been working since the applications were received in June to consult with the public and other statutory agencies, and assess the applications, to ensure all the information needed to determine them is put before the Development Control Committee.

Reports to be considered by the committee will be published at www.lancashire.gov.uk on Wednesday 21st January.
Posted by John Freeman at 13:58