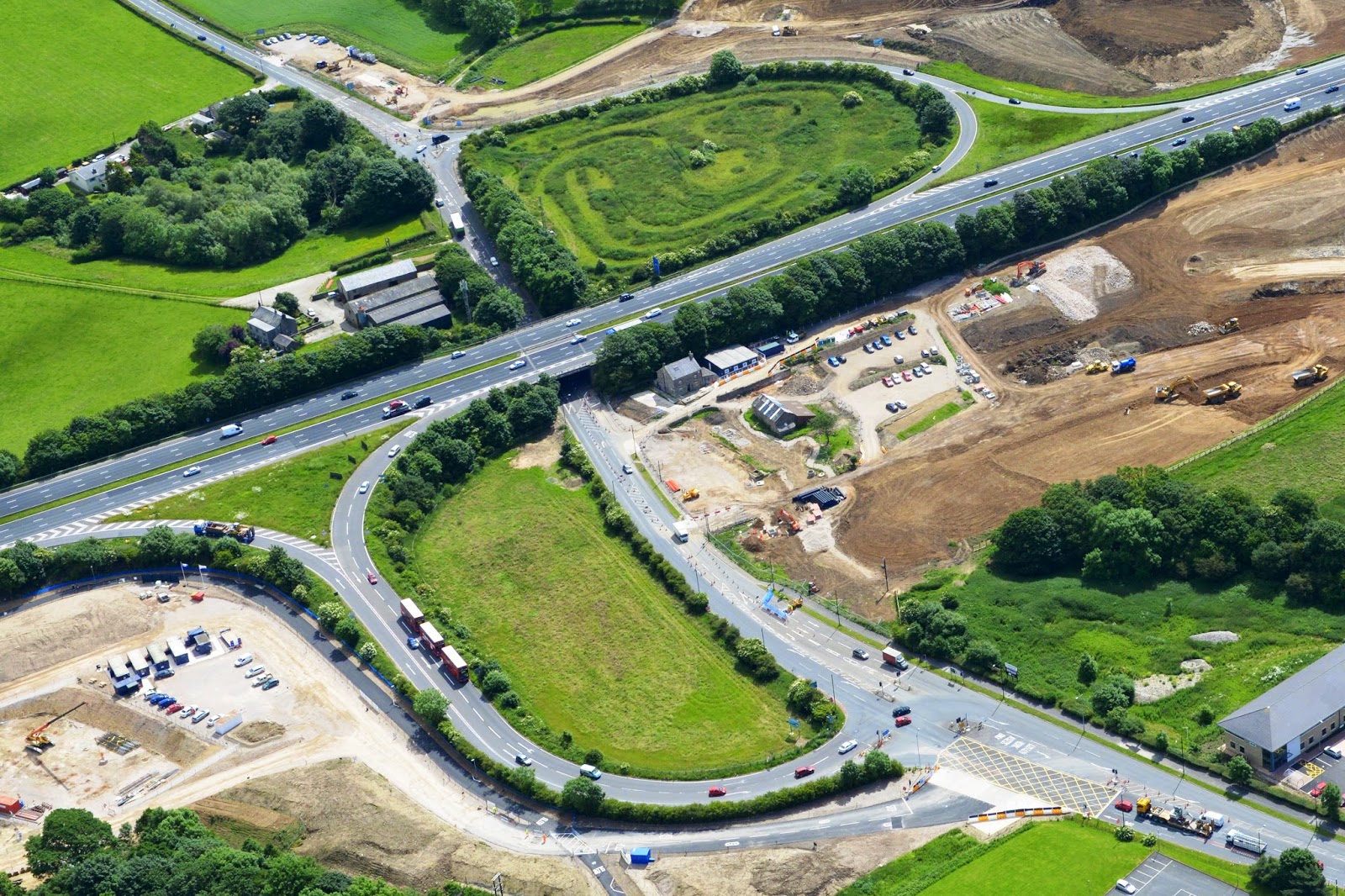 An ambitious new transport plan for Lancaster could see the city transformed over coming decades, with much less traffic, no city centre one-way system, and much greater use of sustainable transport such as park-and-ride buses and cycling.

If some of these ideas rang bells with you, they did with us, too, because some were options suggested as alternatives to spending millions on the new link road by Transport Solutions for Lancaster and Morecambe, dismissed by the County at the time as they were hellbent on covering more of the green belt with concrete.

Lancashire County Council's District of Lancaster Highways and Transport Masterplan contains a range of what are described as "eye-catching improvements" to be developed by 2031, including a vision for a better connected town centre in Morecambe where it's easy to travel on foot or by bike, and better public transport links around the district.

The draft document unveiled yesterday (Wednesday 18th March) completes a set of five plans covering all 12 districts of Lancashire and, where necessary, neighbouring areas, to begin to make the case for multi-million pound investments in the transport infrastructure needed to support future housing and business development.
The masterplans set out options for major changes to highways, public transport and walking and cycling facilities to create conditions for economic growth and prepare for predicted increases in traffic.
They identify opportunities to attract external funding for improvements from housing and business developers or the government through 'growth deals' which combine public and private funding.
The County claims the completion of the Heysham to M6 Link Road in 2016 will "fundamentally change" traffic patterns in the district and present major opportunities to transform travel that are captured in the masterplan.

Central to the vision of how Lancaster could look by 2031 are proposals to:
A seven-week public consultation will begin on Monday 23rd March to inform the contents of the final document.

County Councillor John Fillis, Lancashire County Council cabinet member for highways and transport, said: "Transport goes hand in hand with economic development and as our towns and cities expand with new housing and businesses, it's vital that we plan ahead so that people and goods can travel easily and efficiently.

"For Lancaster this presents a great opportunity to tackle problems with congestion and air pollution and create a city centre environment which will make Lancaster a particularly attractive place to live, work and visit.

"The proposals presented in the masterplan to greatly reduce vehicle traffic in the city centre are an ambitious but also practical and achievable solution to make sustainable transport such as cycling and rapid-transit buses really work well.

"We also want to open up the transport connectivity in Morecambe, while working with local people to provide an enhanced environment for people to get around a town which is not dominated by cars.

"Cycling is well supported by people in the area and we need to build on this support and extend the opportunities for people to cycle safely as part of their daily lives and not just as an add-on activity."

• You can read the full document here: http://council.lancashire.gov.uk/ieDecisionDetails.aspx?ID=6578

• Public consultation will take place on the Lancaster Highways and Transport Masterplan from Monday 23 March to Thursday 7 May. Launch events will be held in Lancaster, Morecambe and Carnforth and full details are in the draft masterplan. The county council will also write directly to district, town and parish councils, and MPs, and put leaflets in key public areas to encourage people to comment

• You can also respond to the consultation by completing an online questionnaire when the consultation begins, by email at enquiries@lancashire.gov.uk or in writing to Lancaster Highways and Transport Masterplan, Environment Directorate, Room C4, County Hall, Preston, Lancashire, PR1 0LD
Posted by John Freeman at 17:21