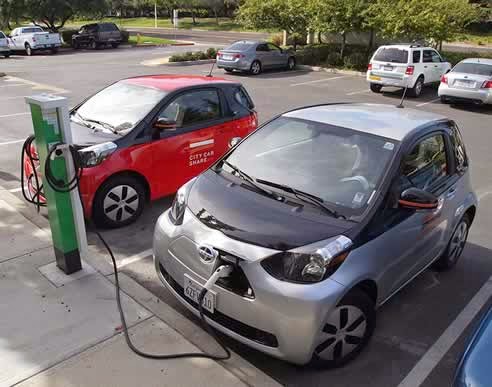 Electric cars could become a common sight in Lancaster if a bid to win thousands of pounds in government funding is successful.

Lancashire County Council has set the wheels in motion to encourage use of ultra-low emission vehicles (ULEVs) by providing infrastructure such as charging points and a range of incentives for individuals and companies to take up the technology.

The county council has entered the initial 'screening' phase of a Department for Transport funding round with a bid based on making Lancaster an exemplar city for adoption of low emission vehicles. If feedback from the government is positive the county council could develop the bid and apply for funding.

County Councillor John Fillis, cabinet member for highways and transport, said: "The government has made substantial funding available to encourage use of ultra-low emission vehicles by residents, businesses, public services and transport companies.

"They are keen to encourage investment in the UK as the technology develops and becomes more widespread, with funding available to councils to help sow the seeds for future success.

"It's very early days and, if accepted, our initial bid would need to be fully developed. However, we believe that Lancaster, which has a strong track record of delivering green transport initiatives and suffers from air quality and noise problems due to city centre congestion, is ideally suited to become an exemplar for use of low emissions vehicles.

"If a UK industry develops around manufacture of low emissions vehicles there could be significant benefits for Lancashire's automotive industry in terms of being a place where people are familiar with the technology and which has a head start in terms of supporting infrastructure."

The Go Ultra Low City scheme for Lancaster could include introducing electric buses and taxis, preferential parking for low emissions vehicles, and providing charging points in Lancaster and places with strong connections to Lancaster such as Preston.

Green Councillor Tim Hamilton-Cox, Lancaster City Council cabinet member with responsibility for air quality and climate change, said: "News that Lancaster is to be entered into the bidding process to develop the city as a Go Low Ultra City is welcome news.

"Funding to provide incentives which might encourage businesses and residents to switch to ultra-low emission vehicles would be a great step forward in reducing noise and air pollution caused by traffic congestion problems in Lancaster’s city centre."