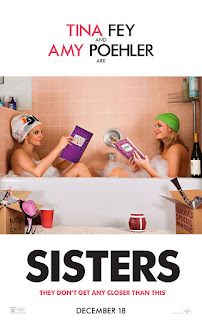 As a consequence of the recent storm and floods, the Vue is closed today (9th December), with the possibility of opening from tomorrow onwards. In addition, the full program for the Reel was not available at the time of this posting.

There are five new releases in our region during this period. We have romance with Carol (15); drama with McFarland (PG); and comedy with Sisters (15) and Tangerine (15). However the big event is the release of Star Wars: The Force Awakens (12A) due in the cinemas on the 17th December in good time for Christmas.

We have lost the movie Brooklyn but see the welcome return of Minions; Steve Jobs and the excellent The Martian.

Family entertainment abounds with Christmas with the Coopers; Hotel Transylvania 2; Inside Out; Pan; Snoopy and Charlie Brown: The Peanut Movie and The Good Dinosaur. In addition we have an abundance of drama in Black Mass; Bridge of Spies; The Hunger Games: Mockingjay Part 2; Spectre and The Martian.

Horror is represented with Paranormal Activity: The Ghost Dimension; Victor Frankenstein and the somewhat tongue in cheek Krampus. For adult comedy see Sisters and Tangerine. For romantic drama Carol is recommended.

High culture during this period comes with the operas Cavalleria/Pagliacci and The Nutcracker.

Bridge of Spies
Director: Steven Spielberg
Certificate: 12A
Cast includes: Tom Hanks, Amy Ryan, Mark Rylance, Austin Stowell
A cold war drama, based on a genuine incident. Rudolf Abel (Rylance) is a spy working for the Soviet Union who has been captured in the USA. He is to be put on trial and James Donovan (Hanks), an insurance lawyer, is given the job of acting as his defence. Meanwhile, a secret American Spy plane is shot down in Soviet airspace and the pilot, Francis Gary Powers (Stowell) is captured by the Russians and convicted of espionage. Neither America nor Russia want their respective officers interrogated by the other side and hence Donovan is tasked with organising a prisoner exchange. This is a fine spy drama, more dialogue and politics than action but it succeeds in building the tension. Both Hanks and Rylance give excellent performances and Spielberg masterfully created the ambience of the cold war period.

Minions
Director: Pierre Coffin, Kyle Balda
Certificate: U
Cast Includes: Sandra Bullock, Michael Keaton, Steve Coogan, Jennifer Saunders.
The film is both a spin off and a prequel to the Despicable Me franchise. The Minions have always existed on earth and the movie begins by tracing their evolution. They have the purpose of serving the most despicable of masters though not very successfully. The race finally retired to the Antarctic where they fare badly. Hence Minions Kevin, Stuart and Bob decide to seek a new master for their race to work for. In a villain convention in Orlando they decide to serve the super-villain Scarlet Overkill (Bullock) who is planning to overthrow the Queen of England. The film, using skits and Musical numbers follows this plot. The Minions were the best part of the Despicable Me franchise and so it is fitting that they have their own film. The movie is very entertaining, inoffensive and funny and will delight all ages. However this reviewer would have liked more minions and fewer super-villains.

Pan
Director: Joe Wright
Certificate: PG
Cast Includes: Hugh Jackman, Levi Miller, Amanda Seyfried, Kathy Burke, Garrett Hedlund
A prequel to the story of Peter Pan. Peter (Miller) is abandoned by his mother and brought up in an orphanage run by Mother Barnabus (Burke). He is captured by pirates and taken to the magical world of Neverland where he is forced into slave labour by Bluebeard (Jackman). Peter and his friend James Hook (Hedlund) manage to escape to the forest where Peter befriends the fairy Tinker Bell. The fairies fight and defeat the pirates and Hook becomes captain of the Jolly Roger ship. A rather bland and somewhat contrived movie.

Paranormal Activity: The Ghost Dimension
Director: Gregory Plotkin
Certificate: 15
Cast includes: Chris Murray, Brit Shaw, Ivy George, Dan Gill
This is the sixth instalment in the Paranormal Activity series and it opens with a scene from Paranormal Activity 3. Ryan Fleege (Murray) moves into a new home in California along with his wife Emily (Shaw), daughter Leila (George) and his brother Mike (Gill). The two brothers discover a box of old VHS tapes filmed by a previous inhabitant of the property, starring two girls Katie and Kristi. These girls start to communicate with the current family by means of the TV set and various supernatural phenomena manifest within the house. Ryan brings in a priest to perform an exorcism, but things don't go to plan, leading to an unsettling conclusion.

Spectre
Director: Sam Mendes
Certificate: 12A
Cast includes: Daniel Craig, Ralph Fiennes, Christopher Waltz, Andrew Scott
The latest James Bond Movie. M engages in a political battle to keep the secret service, in the light of a plan by Max Denbigh (Scott) to replace the 00 program with computer surveillance. Bond meanwhile is trying to locate Franz Oberhauser (Waltz), the suspected head of the evil organisation 'Spectre'. The movie starts in Mexico during the Day of the dead celebrations and thence the action continues in London, Rome and Morocco. There are numerous over the top action sequences, car chases, a good assortment of scary villains and exotic love interest. However amid this harshness, the movie contains a good level of humour. Tension builds from the very start, though some of this starts to dissipate as the film progresses. This is James Bond from the classic mould and Daniel Craig delivers a great performance.

The Hunger Games: Mockingjay Part 2
Director: Francis Lawrence
Certificate: 12A
Cast includes: Jennifer Lawrence, Woody Harrelson, Josh Hutcherson, Liam Hemsworth, Elizabeth Banks, Donald Sutherland
The concluding part of The Hunger Games series, based on the novels by Suzanne Colins. The movie continues from the previous film. Katniss (Lawrence) is recovering from battle, but she rejoins her comrades to bring the revolution to the Capital and President Snow (Sunderland). The Capital however is now peppered with booby traps awaiting for them. The film seems to move at a slightly slower pace than the previous instalments as there is a political element to the plot. Acting is very convincing, the special effects are spectacular and the plot has a good number of twists and turns. An excellent and emotional movie that provides a satisfying and worthy conclusion to the Hunger Games franchise.

Victor Frankenstein
Director: Paul McGuigan
Certificate: 12A
Cast includes: James McAvoy, Daniel Radcliffe, Jessica Brown Finlay
The film is a remake of Mary Shelly's classic novel Frankenstein, this time told from the point of view of Igor Strausman (Radcliffe). Igor is a hunchback clown in love with trapeze artist Lorelei (Findlay). He starts to assist the genius Victor Frankenstein in his experiments in immortality. Victor becomes increasingly obsessed with his work re-animating different organs and this brings them into conflict with the authorities. Finally they commence the construction of Prometheus, a human being. This is an entertaining film but it brings very little of novelty to the Frankenstein legend. A tolerable film that is rather low on horror but offers something by way of period romance.
Posted by Unknown at 17:06