Police are appealing for information after a man was seriously injured in a collision in Lancaster yesterday.

The incident happened at about 11.40am on Wednesday 8th July when a 77-year-old local man was involved in a collision with a single decker Stagecoach bus at Parliament Street, Lancaster near to North Road car park.

The man suffered serious injuries and was airlifted to the Royal Preston Hospital where he is currently described as very poorly.

Seregant Nigel Ralphson, of West Road Policing Unit, said: “We would like to speak with anyone on the bus who didn’t provide their details to officers at the time and any other witnesses who may have seen the collision but weren’t in a position to leave their details.”

Anyone with information should contact police on 101 quoting log number 0453 of July 8th.
Posted by John Freeman at 09:03 No comments: 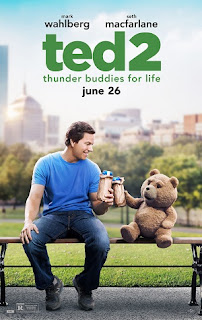 Morecambe and Lunesdale MP David Morris has hit back at claims that government cuts are the cause of staff and wage cuts at Skerton-based Beaumont College, which is run by the national charity, SCOPE.

The college offers education and support to 79 young people with a range of conditions, including cerebral palsy, Down’s syndrome and autism and gained a positive report from health watchdog the Care Quality Commission after an inspection in September 2014.

Last month, employees at the College, which is running at a loss as student numbers have declined, were told 72 jobs would go and were informed that remaining staff could face a 13% pay cut. Staff told the Lancaster Guardian the cuts will seriously reduce the quality of care they give to students, who have a range of physical and learning disabilities and Lancaster MP Cat Smith argued government cuts, which have seen years with no increase in funding have not been easy for the college.

Maria Chambers, Director of Education at Scope, told the newspaper the changes were “a difficult decision”.

“Student numbers at Beaumont have been declining in the last few years,” she said. "As the number of students being referred by local authorities has reduced, the amount of money we receive in fees has also reduced by around £1.5m."

In a post to his official web site, David Morris MP reports that he met with Mark Hoda, Head of public affairs at SCOPE to get to the bottom of rumours about the reason for changes to staffing levels at Beaumont College in Slyne.

Mr Hoda told Mr Morris that the decision was not because of Government cuts, but because there were less pupils being sent to the School by the County Councils in the area and that the funding is paid per student by the County.

"After again reading fictitious reports that Government cuts were to blame I asked Mr Hoda to come and meet with me in Parliament to see where I could help," said Mr Morris.

"I was told that the decision was not something that had been made at a Government level but was due to more young people being sent to mainstream colleges as the County Council seemed to promote this route more favourably.

"I have been informed that staff are being talked to as part of a consultation process and no decision has yet been finalised.

"Most importantly however Scope have assured me that the students who are attending Beaumont College will not have their education disrupted in any way nor will future intakes of children. This is simply a measure to ensure the college has the right amount of staff for the number of pupils who attend."

Despite Mr Morris strident defence of the government, changes to benefits and other policy decisions made by the Tories are worrying a huge number of people. The 13% has alarmed staff at the college, with fears that they will no longer be able to afford to work there - an issue Mr Morris chose not to address in his statement.

Beaumont College students were recently in London, joining other young people with disabilities in the "National Star: Right Not a Fight" protest, campaigning for the same rights to further education as their peers.

Students with disabilities and learning difficulties started their campaign ‘Right not a Fight’ last year, to voice their concerns about being blocked from accessing the colleges of their choice.

One year on, campaigners say the situation is even worse – young people and their families are not receiving the right information and are enduring a revolving door of assessments, reviews and appeals, despite the introduction of the Children and Families Act 2014 which says that local authorities must support young people to achieve the best possible educational and outcomes, preparing them effectively for adulthood.
Posted by John Freeman at 09:46 No comments:

Lancaster detectives investigating the robbery of an 82-year-old man who was mugged in Lancaster's city centre have charged a man in connection with the incident but are appealing for any further witnesses.

The incident happened sometime between 7.00pm and 7.30pm on Friday 3rd July in the doorway of a bar on Market Street, Lancaster. It is thought that the victim was walking past the bar when a man asked him for money, before pushing him into the doorway and taking a bag from him containing his mobile phone and other personal items.

The victim has been left shaken and has since needed medical treatment after collapsing the day after the incident.

“Members of staff at the bar and members of the public came to assist the victim," said DC 6014 Jill Neil of Lancaster CID, "but we are still appealing for any further witnesses to come forward.”

A 30-year-old man from Morecambe has been charged with robbery and is due to appear at Lancaster Magistrates Court today (Monday 6th July).

Anyone with information should contact police on 01524 596639 quoting log number 1379 of July 3rd. Alternatively Crimestoppers can be called anonymously on 0800 555 111 or on-line at Crimestoppers-uk.org.
Posted by John Freeman at 10:42 No comments: