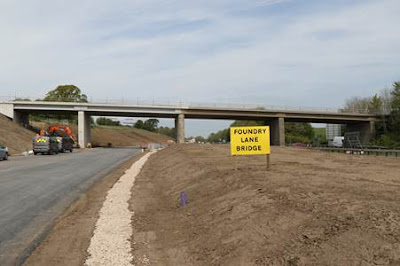 Drivers using the M6 in Lancaster are being advised of two overnight closures as part of ongoing works for the Heysham to M6 Link Road.

The closure is required to permit the safe lifting and fitting into place of the new parapets on Foundry Lane Bridge over the M6, which carries traffic to Halton from Kellet Lane. The current bridge has been extended to accommodate the new northbound slip road of junction 34 onto the M6 underneath.

Diversion signs will be erected on the M6 prior to junction 34 (northbound) and junction 35 (southbound), its important drivers familiarise themselves with alternative routes, and plan their journeys ahead.

During the closure between junction 34 and 35 of the M6 all traffic will be diverted along the A6.

Southbound traffic on the M6 will exit at junction 35 and will be diverted on the A6 via Carnforth, Bolton-le-Sands, Slyne, Skerton and Lancaster. They will be guided to re-join the M6 at junction 34.

Northbound traffic on the M6 will exit at junction 34 and will be diverted on the A6 via Lancaster, Skerton, Slyne, Bolton-le-Sands, and Carnforth. They will be guided to re-join the M6 at junction 35.

“We have planned two overnight closures where we will complete the task of installing the parapets as quickly and as safely as possible”, said Costain Project Manager Richard Helme. 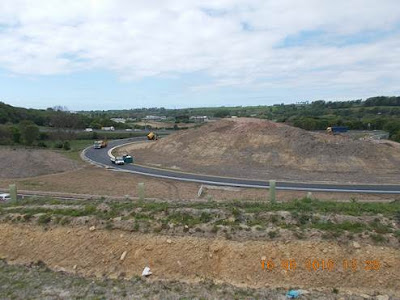 To maximise the use of the overnight closure of the M6 motorway, the new southbound off slip will also be opened in a temporary alignment. This is to facilitate the construction of the final phases of the off slip. As we will still be working on Caton Road, the junction with the new off slip will be controlled by temporary traffic lights. This is for the safety of both the workers and the travelling public.