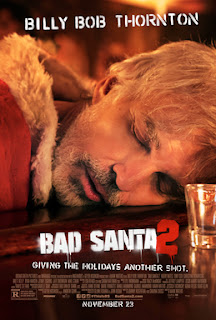 We have four new releases featured in local cinemas during this period. There is romantic drama based on real life events in A United Kingdom (12A) and wartime romance in Allied (15). In addition there are the tribulations of divorce in the French film After Love (12A) and finally a suspense mystery in Nocturnal Animals (15).

Movies that have vanished from our screens include I, Daniel Blake; Jack Reacher: Never Go Back; Pete's Dragon and The Accountant. In addition the family movie Storks and the love story The Light Between Oceans are coming to an end of their screening.

Movies that have returned to the region include the family favourite Finding Dory and the musical documentary Nick Cave: One More Time with Feeling.

Drama is represented this period with the fact based Deepwater Horizon; the science fiction Arrival and the two mysteries Nocturnal Animals and The Girl on the Train. Romance comes with A United Kingdon; Allies and The Light Between Oceans.

There are two Fantasy films on offer; superhero action in Doctor Strange and the Harry Potter prequel Fantastic Beasts and Where to Find Them.

For comedy there is feel good action in A Street Cat Named Bob and the adult themed Bad Santa 2.

Finally family films on offer over this period include Finding Dory; Storks; The BFG; Trolls and Your Name. Also there is the musical extravaganza Andre Rieu: Christmas with Andre.

There is no film in the category of high culture, but we do have the Louis Theroux documentary My Scientology Movie.

A United Kingdom
Director: Amma Asante
Certificate: 12A
Cast includes: David Oyelowo Rosamund Pike
Based on the book 'Colour Bar' by Susan Williams, the film is a romantic drama based on the real life romance between Sir Seretse Khama, king of Botswana and Ruth Williams. Seretse and Ruth met in London, in the 1940's, fell in love and subsequently married. However the marriage was opposed by their families, the couple becoming ostracised by their friends. Governments were also involved as South Africa had recently introduced their system of apartheid and they pressured the British government with threats of economic sanctions if the marriage was allowed to go ahead. This is a fine period romance with excellent costumes, impressive cinematography and exotic backdrops. The film concentrates on the human drama faced by the couple and rather glosses over the political complexities, but it is not the worse for that. The movie has received good reviews.

Bad Santa 2
Director: Mark Waters
Certificate: 15
Cast Includes: Billy Bob Thornton, Tony Cox, Kathy Bates, Brett Kelly
A sequel to the 2003 movie 'Bad Santa', starring many of the original cast. Wilie Soke (Thornton) again plays the role of drunk, lecherous and greedy anit-hero. He teams up with his helper Marcus (Cox) to attempt to rob a Chicago charity of $2 million on Christmas eve. Also involved in the scheme is Soke's foul mouthed mother Sunny (Bates) and 'the kid' from the first movie Thurmon Merman (Brett Kelly) now fully grown but no less innocent. The movie contains much bad language and sex scenes as it tries to recapture the magic of the original. However there are fewer 'laugh out loud' moments amongst the rather muddled plot. An average movie which received mixed reviews.

Fantastic Beasts and Where to Find Them
Director: David Yates
Certificate: 12A
Cast includes: Eddie Redmayne, Samantha Morton, Ezra Miller, Johnny Depp, Katherine Waterston, Alison Sudol, Colin Farrell
This is a Harry Potter prequel, inspired by J K Rowling's book of the same name. The movie is set in the 1920's, where Newt Scamander is a magizoologist, collecting and studying magical creatures. He visits New Your City where several of these creatures escape from his suitcase. He collects about him a group of allies to try to recapture the beasts. However New York at this time has been under a reign of terror from the dark wizard Gellert Grindelwald (Depp) and in the era of suspicion the creatures are believed to be responsible for an attack. Hence Percival Graves (Farrell), a director of magical secrets, declares war on Scamander and his helpers. This is a wonderful film and a fine tribute to the creativity of Rawlings. There are lots of plots, strange people and weird and wonderful beasts. The movie has received favourable reviews, but is perhaps a little darker than the Harry Potter series.

The Girl on the Train
Director: Tate Taylor
Certificate: 12A
Cast includes Emily Blunt, Haley Bennett, Luke Evans, Justin Theroux
A movie based on Paula Hawkins best selling 2015 novel of the same name. Rachel (Blunt) is an alcoholic who recently divorced her husband Tom (Theroux). She commutes every day by train and on her journey she fantasises about the seemingly perfect couple Scott (Evans) and Megan (Bennett) Hipwell who live in a house that she passes. Rachel witnesses something shocking on her journey and then hears Megan Hipwell is missing. She tells the police and starts her own investigation. Yet she cannot remember where where she was on the night of Megan's disappearance, and Megan and Scott are neighbours of her ex husband. Hence Rachel find the police start to suspect she is involved in the mystery. This is a well acted first rate mystery with a plot that provides a good number of unexpected turns. A must-see movie.
Posted by Unknown at 19:22