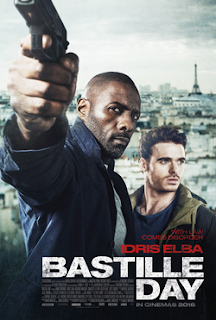 New films to our region include superhero action with Captain America: Civil War (12A); comedy drama with Florence Foster Jenkins (PG) and family animation with Robinson Crusoe (PG) & Norm of the North. In addition there is chance to see a couple of strong drama movies that were released last year but did not make it to any of the local cinemas. These are Couple in a Hole (12A) and Victoria (15).

Movies that have disappeared from the local screens include 10 Cloverfield Lane; Kung Fu Panda 3 and Midnight Special. Films that are coming to an end of their screening include Eye in the Sky and The Boy. However we do have the return of the family comedy Alvin and the Chipmunks: The Road Chip.

The Jungle Book is still the must see movie of the moment. For alternatives there is drama with Bastille Day, Eddie the Eagle and Eye in the Sky. For horror try Friend Request whilst for fantasy there is The Huntsman: Winter's War.

Educational movies on offer include speed cycling with Battle Mountain and a warning of mans adverse effect on the planet in Racing Extinction.

Finally the Vue is having a Captain America marathon on the 28th April, showing First Avenger; Winter Soldier and the forthcoming Captain America: Civil War.

Bastille Day
Director: James Watkins
Certificate: 15
Cast includes: Richard Madden, Idris Elba, Charlotte Le Bon
Michael Mason (Madden) is a pickpocket working in Paris. He steals a bag but finds it contains a bomb and this brings him to the notice of Sean Briar (Elba) who is a CIA agent. Briar recruits Mason and uses his skills to help him combat a terrorist threat and corruption within the French police. Some aspects of the plot are not quite believable, but the film is an excellent thriller with a number of very impressive set pieces. An enjoyable movie.

Zootropolis (Zootopia)
Director: Byron Howard, Rich Moore, Jared Bush
Certificate: PG
Cast includes: Ginnifer Goodwin, Jason Bateman
This is a comedy animation set in the city of Zootropolis which is populated by animals. Judy Hopps (Goodwin) is a rabbit rookie police officer. She parters with a con-artist fox Nick Wilde (Bateman) to solve the mystery of a missing husband. An excellently made fun movie that will appeal to a wide range of ages.
Posted by Unknown at 19:17 No comments:

Beyond The Castle Dig on Vicarage Fields Announced


A fortnight long archaeological excavation on Lancaster’s Castle Hill will seek to uncover more about the city’s Roman past - and Beyond The Castle are hoping some locals will be keen to take part as volunteer diggers, alongside the professional archaeologists.

The Shore Fort was one of a succession of Roman Forts, dating from the first to fourth centuries, which occupied Lancaster’s Castle Hill.

Only limited excavations have taken place and very little is known about the nature of the Roman and later remains. Vicarage Fields to the west of Vicarage Lane displays a well-preserved but confusing set of earthworks. Some are very likely to be Roman; others appear to be later.

The dig will partly re-excavate the 1929 and 1971 trenches to aid understanding of earlier research, and then extend these to the west and north.


Jason Wood, Excavation Director and Heritage Consultant to the Beyond the Castle project said: “The dig represents an important opportunity to test our theories relating to the location of Lancaster’s Late Roman Shore Fort. Hopefully it will enable us to consolidate our understanding of the site and what this might tell us about the nature and character of Lancaster in Roman times.”

The dig is part of the Beyond the Castle project, which is supported by the Heritage Lottery Fund and led by Lancaster City Council and Lancashire County Council.

Lancaster is one of Visit England’s newly designated Heritage Cities, which rather makes it all the more incredible that the County Council plan to close the Judges Lodgings, but we're told telling the story of the Roman archaeology, will be an essential ingredient in the city’s tourism strategy and in making Lancaster a key heritage destination.

(If only they had a Museum where they could create a dedicated space for the finds, rather than shoe horn them into the City Museum, eh?)

“The history of Lancaster dates back many thousands of years and while we know a lot about much of it, there are still many gaps to our knowledge," says Councillor Janice Hanson, Cabinet member with responsibility for regeneration. 'This exciting project delving into our ‘hidden depths’ could potentially have a huge influence on the way we see our city and the way it has developed over the millennia.”


All trenches will be hand-excavated by a combination of volunteers and experienced archaeologists under the direction of a Member of the Chartered Institute for Archaeologists. The public will be encouraged to visit and watch the excavation, engage with archaeologists and the team of volunteers, and assist with finds processing.

The Beyond the Castle project has already greatly contributed to the advancement of understanding of the site through topographical and geophysical surveys and two excavations in 2015.

The dig on Quay Meadow was funded and undertaken by the Lancaster and District Heritage Group, which is unconnected with the Beyond the Castle project; the second a re-excavation of one of Sir Ian Richmond’s 1965 trenches in Vicarage Fields East (the Bathhouse Field), was initiated to mark the 50th anniversary of Sir Ian’s untimely death.

Significant discoveries were revealed in both of these excavations and the results will help inform future management and interpretation of the Beyond the Castle site as a whole. In due course this will lead to the development of a research framework and agenda to secure funding and guide an extensive programme of further excavation, interpretation and display of Lancaster’s remarkable Roman heritage.

• Beyond The Castle are seeking volunteers for the duration of the excavation to join the team. If you are interested, get in touch. To find out more about the dig and how to get involved visit www.facebook.com/BeyondTheCastle or email Lucia.Marquart@lancashire.gov.uk

Posted by John Freeman at 14:09 No comments: 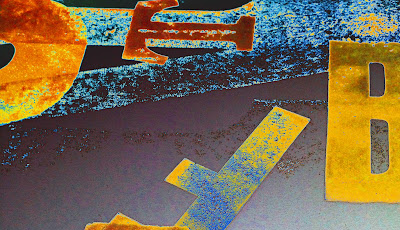 Work by artists from Lancaster’s new Iron Press Printmaking Studio will be on exhibition in The Dukes gallery from next week.

The exhibition, which runs until 5th June 2016, is the first by IPP, a fine art printmaking facility which opened at The Storey in September.

IPP has open access to anyone interested in print and printmaking techniques including etching, drypoint, collagraph, carborundum, mono-printing, linocutting, woodcutting and wood engraving.

IPP Director, Iain Sloan said: “I set this up because Lancaster, as far as I am aware, has never had a printmaking facility like this that provides open access to the public.”

Anyone interested in printmaking can take inspiration from the exhibition which will feature the work of around 35 people from experienced printmakers and professional artists to complete beginners.

A wide selection of prints in a range of techniques, which have all been produced since the autumn, will be on display.

• The Iron Press Printmaking exhibition can be viewed in the gallery during normal Dukes opening hours. If you are making a special trip to see it, call the Box Office as sometimes the gallery is used for other activities. Please note that The Dukes is closed on Bank Holiday Monday 2nd May. For more information, ring the Box Office on 01524 598500 or visit www.dukes-lancaster.org

Posted by John Freeman at 11:40 No comments: 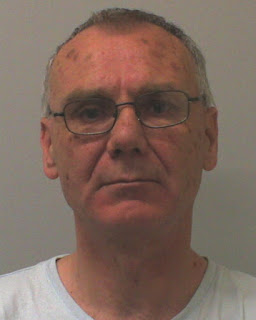 Montford was sentenced to nine years imprisonment on Thursday 22 April after he was found guilty of possessing and distributing indecent images of children. He was also found guilty of three counts of inciting a child to perform a sexual act.

Montford was arrested in February 2014 after officers received an initial referral from the Children’s Exploitation Online Protection Centre (CEOP).

Following a search of his computer equipment, around 500 child abuse images and videos were recovered.

During the investigation, officers received information that Montford had also been contacting children over social media, leading to a further analysis of his internet devices. It emerged that he had contacted over 100 children online and extensive enquiries revealed two further victims that Montford had been grooming.

DI Bev Foster from the Lancaster Public Protection Unit said: “Montford’s sentence reflects the grave, disturbing nature of the images he had in his possession.

“This result is the culmination of a complex, two year investigation and is the result of the sheer hard work and tenacity of the investigating officers.

“We are committed to protecting and safeguarding children within our communities and the experienced detectives at the Public Protection Unit in Lancaster have worked tirelessly to ensure that Montford is brought to account for his actions.”

Montford was also ordered to sign the Sex Offenders Register for life and will be subject to a comprehensive Risk of Sexual Harm Order.
Posted by John Freeman at 11:35 No comments: