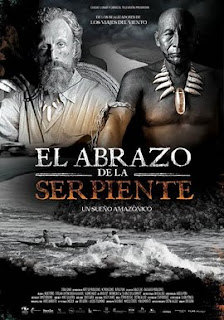 There are eight new releases making to the local screens this period. There is animation with Batman: The Killing Joke (15); drama with Embrace the Serpent (12A) and Remainder (15); plus action/adventure in Jason Bourne (12A). In addition we have the moving documentary Notes on Blindness (U); science fiction action with Star Trek Beyond (12A); family fantasy in The BFG and comedy in Elvis and Nixon (15).

Films that have been dropped include Bad Neighbours 2; Independence Day: Resurgence and Zootropolis. In addition the comedy Central Intelligence and the family adventure The Jungle Book are approaching the end of their screening. However we do see the return of the drama Money Monster and the animation The Angry Birds Movie.

Films coming soon include Finding Dory, to be screened at the end of the month, whereas Suicide Squad and David Brent: Life on the Road are due to be released in August.

The big draw this period is going to be Star Trek Beyond. However other dramas include the conjuring adventure Now You See me 2; jungle action with The Legend of Tarzan and horror with The Conjuring 2.

Family entertainment is well represented with the animations Angry Birds: The Movie; Ice Age: Collision Course and The Secret life of Pets. In addition we have The BFG and The Jungle Book.

For adult comedy, there is Absolutely Fabulous: The Movie; Central Intelligence; Elvis and Nixon and GhostBusters.

High culture this period is provided with Andre Rieu's 2016 Maastricht Concert and Almeida Live: Richard III. In addition there is a chance to see the Gene Kelly classic Singin' in the Rain

Finally, to prepare for the new Star Wars, the Vue are offering a Star Trek Triple Bill of Star Trek (2009); Star Trek Into Darkness and an early screening of Star Trek Beyond on 21st July.

The Conjuring 2
Director: James Wan
Certificate: 15
Cast includes: Vera Farmiga, Patrick Wilson, Frances O' Connor, Madison Wolfe
A sequel to the 2013 film 'The Conjuring'. Lorraine (Farmiga) and Ed (Wilson) Warren are psychic investigators. The hear of a haunting and travel to the UK to help Peggy Hodgson (O'Connor), a single mother of four, who is plagued by poltergeist activity in her London council house. However things get worse when Peggy's youngest daughter Janet (Wolfe) shows signs of daemon possession. The psychic investigators come to find themselves in peril. A superior horror movie which provides plenty of frights and has been well received.

The Legend of Tarzan
Director: David Yates
Certificate: 12A
Cast includes: Alexander Skarsgard, Margot Robbie, Christoph Waltz, Djimon Hounsou, Samuel L. Jackson
The film is set about a decade after Tarzan left the jungle and became John Clayton III or Lord Greystoke to live in the UK with his wife Jane (Robbie). Meanwhile the African Congo has been divided between Belgium and the UK, and the Belgian government has sent an emissary Captain Leon Rom (Waltz) to develop the mineral wealth of the land. Rom makes a pact with Mbonga (Hounsou) a chief and Tarzan's old enemy to give him Tarzan in exchange for diamonds. Rom captures Jane and uses her to lure Tarzan to him During the film we have flashbacks of Tarzan's origins to help set the plot and the film benefits from splendid scenery, lavish special effects and grand fight sequences. However, despite solid performances from the actors, the movie has not managed to inspire the critics. An enjoyable, but ultimately average adventure film.

The Secret Life of Pets
Director: Chris Renaud, Yarrow Cheney
Certificate: U
Cast Includes: Louis C.K., Ellie Kemper, Eric Stonestreet, Kevin Hart
A family animation film that follows the lives of pets living in a Manhattan apartment building during the time their owners leave them alone. Max (Louis) is a rather spoilt terrier who starts to find himself neglected when his owner Katie (Kemper) brings home Duke (Stonestreet), a mongrel, from a dog pound. However the two dogs must put their rivalry behind them when they are captured by Snowball (Hart) a rabbit and an army of abandoned pets who are trying to get back at all happily owned pets and their owners. This is a delightful and energetic animation movie that is inoffensive and fun for all, young and old.