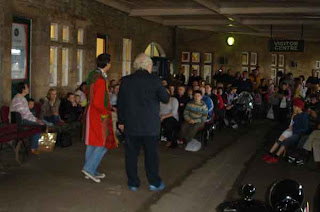 • More about Colin on his official web site.
Posted by John Freeman at 08:55