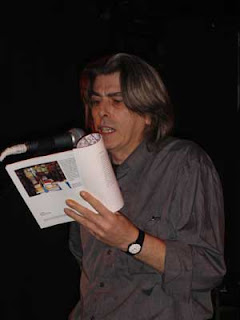 Music turns for the evening is provided by The New Potato Scene, who made their well-received Spotlight debut back in September.

"I need to write," says actress and creative writing teacher Sarah Fiske of her craft. "It feels integral to who I am.

"The initial stimulus is often observational - perhaps a worried face in a crowd, an odd look or action between strangers on a train, a location
which is stunning, seedy or simply dull may lodge in my brain. Quite often the impetus is abstract - a vague feeling or amorphous shape in my mind, which takes many false starts before it forms into something. I never know, when I start, where a piece of writing will go. If I did it would bore me."
(as yet unpublished) 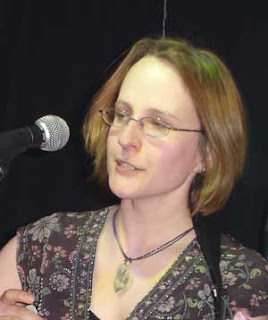