Doctor Who's Brief Encounter in Carnforth 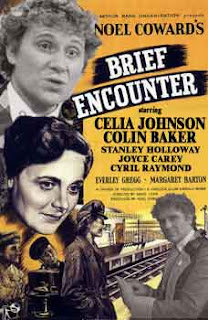 Colin Baker, who played the Sixth Doctor Who in the 1980s, is visiting Carnforth, Lancashire for a special bank holiday event.

Colin will meet and greet fans of the series at Carnforth Station's Doctor Who-themed shop 'The Tardis' on Monday, 25th August. The station is of course famous for being the location for filming of many scenes in the classic film Brief Encounter in 1945 and its engine sheds house the steam train used in the Harry Potter films (which is rarely on view to the public).

'A Brief Encounter with Doctor Who' is being held to coincide with the release of the DVD The Trial of a Time Lord, the Sixth Doctor's final TV story.

Colin Baker first appeared in the Peter Davison Doctor Who Story Arc of Infinity as Commander Maxil before going on to become the Sixth Doctor, his time in the role marred by the BBC's much-criticised treatment of the show and the actor.

He has since gone on to reprise his role as the Sixth Doctor in audio adventures for Big Finish, and also wrote a comic strip, The Age of Chaos, featuring his character.

Baker has been writing a regular column for his local newspaper, the Bucks Free Press since 1995.

The Carnforth event, which includes a Question and Answer session with Colin Baker and many other Doctor Who-themed activities, runs from 10.30am until around 3.00pm.

The ticket price includes access to special area events and signings and who knows? You might even get to see a Dalek!

Posted by John Freeman at 13:17 No comments: