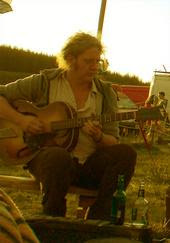 Music from top Lancaster performer Paddy Garrigan will round out this month's Spotlight Club performance event at the Yorkshire House on Friday (16th January), which kicks off with its usual opne mic session to which all comers are invited to particpate on a first come, first imelighted basis.

Based in Lancaster, Jim Turner works part-time in a wholefood co-op. When not shovelling lentils, he's to be found in the hills wandering about, climbing or writing. After studing literature and philosophy for several years, Jim stopped writing essays and started writing poetry which he finds much more rewarding.

Kevin McVeigh was born and bred between the Lakes and the Bay and has had various mostly not that interesting jobs. "I've been trying to write for 25 years and have almost reached the bottom of the page on several occasions," says Kevin, who currently works in Mental Health administration. "My non-fiction, book reviews, author profiles and criticism has been published in fanzines and journals in several countries, and my occasional writing about music has gone down well too.
"The rest of what I write is a mix of the personal and the imagined -- I sometimes say that every word is true, I just changed the order for dramatic effect."

Matt Carter is a writer, editor, poet, and occasional artist, in between selling books and
designing web pages. He quite literally wears many hats and says that in his spare time he does pretty much the same things, but doesn't try as hard. He wishes people would stop writing books about sexy vampires, because he's working on a horror novel and will need the shelf space soon...

Peter Daniel Edge studied Philosophy at Sheffield University for a year and then dropped out to become a landscape gardener. "That was quite hard work," he acknowledges, "so I became a student again, this time studying for a Horticulture degree at Myerscough College, near Preston. I completed the Foundation Degree last year and am still studying to qualify for a degree there this year as well as working as a gardener at an estate a couple of days a week, so I'm a gardener / student.
"My poetry seems to be quite nature themed and I try to make it have a fair bit of energy and passion with some political feeling as well."

Besides his solo work, Mikey Kenney fronts the band One Chip Potato and the Transcendental Watermusicians, as well as playing the fiddle for Dan Haywood. Check out his music on MySpace. "The recordings are terrible quality by today's standards, I am aware of that, but I think that, despite their hissing and clicking personality, they do succeed in getting the songs across. I was supposed to be using some decent gear in a certain basement room at One Chip HQ, but the room is currently being haunted by a ghost that enjoys messing about with the faders on the multitracker. I had to make do with an ELFtone Sunbeam dictaphone instead."

Faster than a sleeping bullet, more powerful than a ukulele, capable of drinking warm beverages in a single bound Paddy 'Wainsoct' Garrigan, who is sure to bring the night's entertainment with a bang, is a singer, musician, writer and, he freely admits, "an exceedingly amateurish cyclist". Best known for playing guitar and singing in The Pier Group and The Wierdstring Band (and for doing anything but play guitar in The Wisemen), Paddy, who describes himself as "Glad to be Grey", has contributed a myriad of instruments to ensembles such as Dan Haywood's New Hawks, Moonstone and Colonel Blimp & The Amazing Exploding Bananas, and Sonic Tradition.

• Compered by the irreverevent and quite wicked Simon Baker, the doors open at 8.30pm, admission £3/£2 (conc). If you're a performer who'd like to be considered for the Open Mic session, email organiser Ron Baker or Sarah Fiske at spotlightclubATbtinternet.com
Posted by John Freeman at 14:11